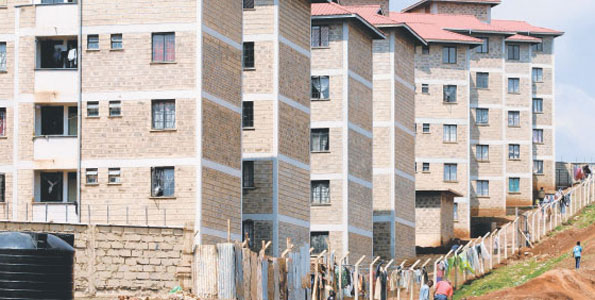 Insecurity slowed down prices in Kenya’s high-end real-estate market last year according to a report by property consultancy Knight Frank.

The Africa Report 2015 says a spate of terrorist attacks in cities was one of the factors the 2014 prime property market was sluggish.

An increase in the number of high-end properties that went up for sale in 2014 equally contributed to the slowdown in prices although other market segments were not affected.

“Activity has been affected by an oversupply of prime property and security concerns, which have been most evident in Nairobi and Mombasa. However, the low to middle-income residential market remained resilient, with demand for such housing still outstripping supply,” says the Africa Report 2015.

The report did not indicate the change in prices or rents in the prime markets but a previous report by Knight Frank said prices of luxury homes rose by only 1.4 per cent in 2014 compared to 4.9 per cent a year earlier.

The 2014 price rise is a far cry from the 2012 rates that saw Nairobi and the coastal region rank as the world’s hottest property markets. Prices of luxury homes in the two regions then rose by 25 and 20 per cent respectively.

Local property players agree prices in the affluent neighbourhoods plateaued in 2014 as a result of many developers putting up units targeting this market. Certiorari Real Estate managing director William Kabue said prices in suburbs such as Karen have remained flat due to flooding of the market. “We have had some units that have been in the market for 12 months,” Mr Kabue told the Business Daily.

The realtor however said some units had been sold this year which has seen prices begin to increase albeit marginally.

There was mixed performance in the office, industrial and retail property markets.

Knight Frank’s report found retail market continues to do well due to the growing demand for space by major local and international brands.

“Pre-leasing levels in the new schemes have been strong; the forthcoming Garden City Mall, for example, was 96 per cent pre-let as at December 2014,” said the report.