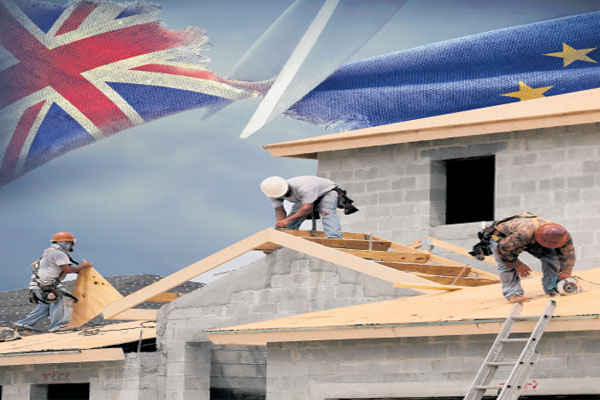 “Brexit is expected to affect all markets, and people are wondering how this will affect the Kenyan economy as well as the property market. In general, it is important to understand that such unexpected changes result in both economic and financial shifts. Usually, economic shifts happen slowly while financial shifts happen overnight and can be very drastic. GRAPHIC | NATION”

On June 23, 2016, the history of Europe, and the world, changed drastically, marking the beginning of a new era following the UK referendum, which saw the country’s citizens vote to withdraw from  the European Union (EU). Their decision will see the creation a whole new economic environment, not just for the UK, but for the Eurozone as well as other markets around the world.

Brexit sent immediate shockwaves throughout the global foreign exchange and equity markets, with the British pound falling 11 per cent to a 31-year low compared with the US dollar, the largest fall in its history. Meanwhile, regional equity markets had fallen by between 4 per cent and 10 per cent at the time of writing this article.

Given that nothing is really clear in the immediate aftermath of a significant event like Brexit, there are different opinions and speculation as to how the economic forces that have been unleashed will affect the markets, and how we can expect them to play out in the weeks, months and years ahead.

Brexit is expected to affect all markets, and people are wondering how this will affect the Kenyan economy as well as the property market.

In general, it is important to understand that such unexpected changes result in both economic and financial shifts. Usually, economic shifts happen slowly while financial shifts happen overnight and can be very drastic. Also, the extent to which Brexit will affect each country depends on the bilateral relationships they already had, how strong the economic background of that country is, and how exposed its economy is.

So far the immediate effects the Brexit have been felt almost entirely on the financial markets. All the world markets recorded negative results immediately after Brexit, which many were trying to correct in the days that followed. The British pound hit a 30-year low, while a record $3 trillion was wiped out from global markets on June 24 and June 27. That means more money was lost as a result of the Brexit crash than in any previous two-day period, according to S&P Dow Jones Indices. Friday’s (June 24) loss of $2.1 trillion was the heaviest suffered in a single market day, eclipsing the $1.9 trillion that was lost on September 29, 2008, when the US Congress infamously voted against the Wall Street bailout.

One thing that we need to understand is that the referendum was an expression of the UK’s wish to leave the EU and does not come into effect until the British government activates the European Union’s Article 50 of the EU Treaty. That means Britain is still a member of the EU. It can still ship products  to other European countries without any tariffs or extra duties,while foreigners can legally work in Britain as long as they hold a European passport, be it Swedish, French or Spanish.

Though the vote will change nothing for at least two years, it kicks off what are certain to be complex and politically charged negotiations between Britain and the 27 remaining members of the European Union over their future dealings.

Central to these talks is the future of Europe’s common market, which allows goods and services to be traded freely throughout its vast territory. Given that Britain sells almost half of its exports in the common market, and that many multinational companies have set up bases in Britain in order to serve customers across the continent, any impediment to this free movement is likely to be expensive. Therefore, Britain’s withdrawal from the  EU is obviously going to have an effect on this arrangement.

Besides, it means that until the UK and the EU come to a final agreement, it is  not clear  how the UK will continue to relate with the rest of the EU members, and which factors will have  negative effects in these markets.

Every country is going to be affected differently. Kenya faces capital flight as investors seek safe havens like US treasuries, falling exports, and pressure on the shilling. The extent of the unexpected effects was clearly captured by the Governor of the Central Bank of Kenya (CBK), Mr Patrick Njoroge, who said: “It’s going to affect all of us and there’s no insurance, nor a position we can take to manoeuvre ourselves to be in a better position”.

The decision comes at an inopportune time. The world’s central banks, which are normally the first to respond in times of economic distress, are poorly positioned to help. Locally, the Kenyan economy has already been facing challenges due to the prevailing global economic turbulence. This is because, within the last 18 months, there have been both internal and external shocks coming periodically and shaking the country’s course to further growth and sustainable economic factors.

The country’s fragile economic and banking environment, despite efforts by the CBK and the other authorities to react as effectively as possible to all the financial and economic tsunamis that have been hitting the country from different directions, now have to face the possible effects that Brexit will have on the country.

It is important to understand that the effects of Brexit are expected to have different effects in the short term  and in the medium term.

In the short term, we should be expecting volatility in the financial markets, but not immediate adverse changes in the economic environment, with uncertainty and speculation playing the key role in all the developments.

In the medium term, the impact and the economic consequences of Brexit are expected to have more effects on the economic environment than on the financial markets, with changes in economic activity. 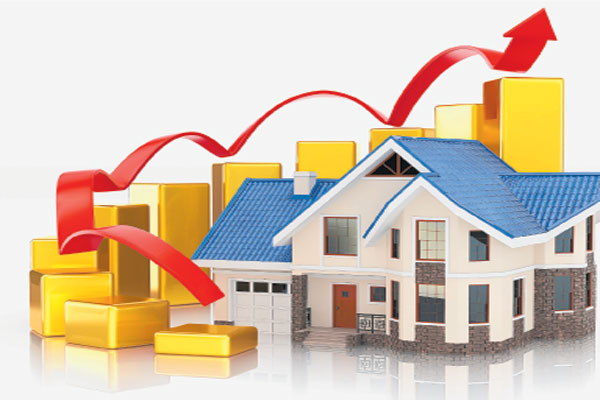 The timing is also not the best. The real estate market in Kenya has been almost stagnant for the last couple of years. The sector, in which the majority of Kenyans place their lifetime savings and their hopes for a better future, seems to be under immense pressure, with low results. GRAPHIC | NATION

We should all be ready for any eventuality. During the transitional period when the country’s strategic plans for further growth will be facing challenges, one of the major sectors of the Kenyan economy, real estate, will also face challenges.

The timing is also not the best. The real estate market in Kenya has been almost stagnant for the last couple of years. The sector, in which the majority of Kenyans place their lifetime savings and their hopes for a better future, seems to be under immense pressure, with low results.

A few weeks ago, the Kenya Bankers’ Association released the House Price Index for the first quarter of 2016, which indicated a 1.4 per cent increase in house prices. But even this increment does not indicate a very promising future for one of the country’s most popular investment sectors.

The 1.4 per increase in the first quarter comes after three years of very small price changes. This is confirmed by the evolution of the KBA-HPI which, as at the end of the first quarter of this year, had risen by 9.08per cent since the base period of the first quarter of 2013.That is an average of 0.232 per cent per month, or an average price increase of 2.79 per cent annually. The index, according to the KBA official website, is  measured by averaging the price changes in the house purchase prices, including mortgage financing and refinancing appraisals, which gives a very good picture of the market trend.

It is undeniable that the Kenyan real estate market has been counting a lot on the inflows and investments from Kenyans in the diaspora as well as to future foreign investments. Brexit is expected to negatively affect the real estate sector, adding further pressure to the expectations of all the interested parties. The effects of Brexit will be both direct and indirect. For example, a loss of income for the country that will be attributable to Brexit will affect the affordability of goods in the local market. A very good example is flower exports. More than a third of the flowers sold in the European Union come from Kenya.

The UK is one of the most valuable export markets for some of the largest African economies. For instance, one third of Kenya’s cut flowers is exported to Europe, where the UK is the second largest buyer after The Netherlands. Rather than negotiating with the European bloc, Kenya will now have to negotiate new deals with the UK, as well as absorb losses as the British economy retracts.

According to the Kenya Flowers Association, if a trade deal between the East African Community and the EU stalls because of Brexit, Kenya would be looking at a loss of Sh 4 billion a month. In addition, Kenya will experience capital flight as investors seek safe havens to secure their assets. The words of CBK governor Njoroge quoted earlier amply illustrate the uncertainties the authorities are expecting over the coming months.

Generally, renegotiating trade deals is likely to create more uncertainty for Kenyan exports and falling demand as a result of an economic slowdown, while a recession in the UK or the EU would also be bad for Kenyan trade.

Besides an economic slowdown, which will directly affect the purchasing power of Kenyans, leading to an increase in inflation and reducing the volume of the property market, Brexit could also affect the volume of sales to foreign investors as well as to those in  the diaspora.

It is common knowledge that during  crises and recessions, when there is a lot of uncertainty, investors look for safer options and easy liquidity. The property market has to be ready to face a possible slowdown from foreign investments.

The key to understanding  this situation is that we are sailing in unchartered waters. It is not possible to predict how markets will absorb the initial shock as and the anticipated aftershocks from Brexit during the transitional period, that is  from now up to the moment the UK activates Article 50 of the Treaty of the EU and ceases to be a member of the European Union.

Over the years, Kenya has been able to take the challenges it  faces  head on and still move on.

The real estate Market, like any other market, is subject to trends and risks. Anyone involved in the world of investment knows that all markets fluctuate. Making profits or losses are all part of the game. What mitigates the level of risk is how prepared we are and how we follow up on the markets.

This transition period requires patience and an analysis of the facts as they come. A panic and radical move based on the fear of the unknown is not a good strategy. We are sailing in unchartered waters and it will take a bit of time before we find the best way to move forward.