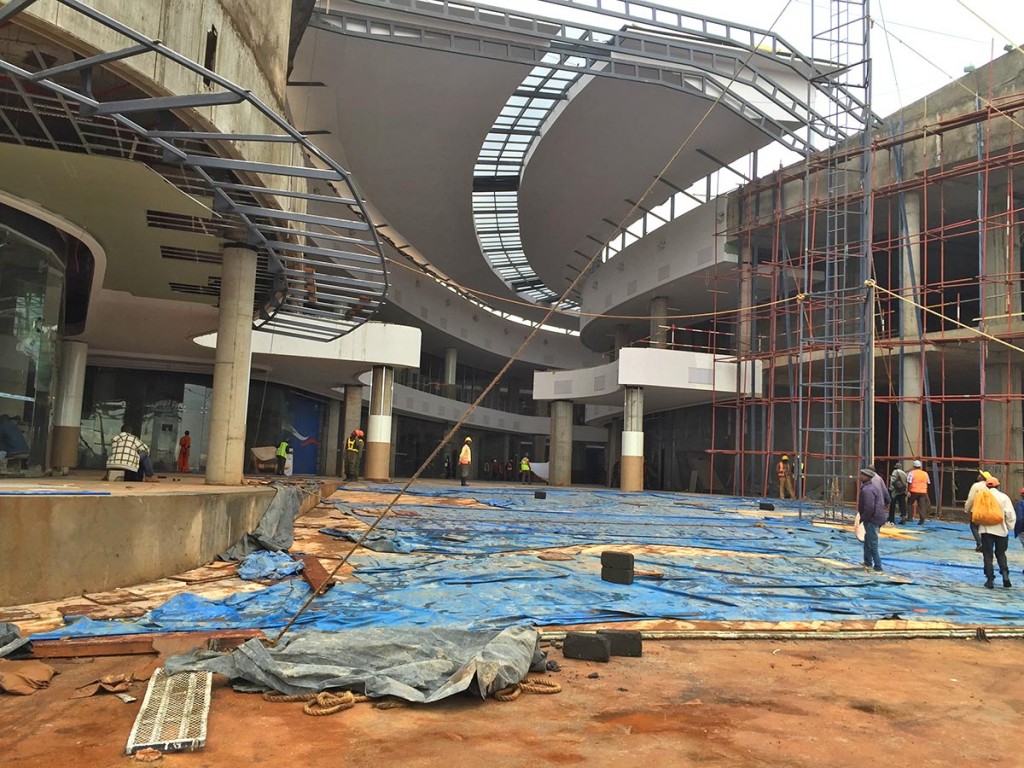 The world witnessed changes, unexpected overthrows, the Brexit referendum, the US elections, wars, terrorism, signs of instability in Europe, a wind of change for the Asian markets and Africa tried to overcome challenges amid a global storm in the year 2016. For many analysts, this was a preparatory period, a rehearsal before what is expected during 2017.

Like any other country around the world, Kenya is indirectly as well as directly affected by everything that is happening around the world. For Kenya, 2017 is going to be a very critical year. Not only the global changes but equally important, the local elections will determine the future of this country. I do not mean the results of the elections. The decision of the majority has to be respected by everyone and the country needs to move on. Kenya cannot afford any internal problems. The economy is at a critical point. If the country faces a period of violence or high tension during the election period, it could be catastrophic. The country needs to go to vote calm and peaceful.

Despite the fact that many Kenyans share a feeling of amazing economic performance, the truth is that daily life is getting harder. The numbers do not add up and apart from an indirect ‘colonization’ by the Chinese, there is not much to show. The tourism sector is almost nonexistent and the only sector that supported a little bit tourist arrivals was the B2B (business-to-business) sector with several international events happening in the country.  Unfortunately, these events cannot happen every year in Kenya. The quantity and quality of tourism in the coast hit all-time low during last year. Anyone who has been in the coast could easily realize that this is not the type of tourism or tourists that Kenya needs in order to become a popular tourist destination again.

The stock market is about to collapse with the NSE representing losses of almost 50 units during the last 2 years (from 171- 2/2015 down to 126- 1/2017). Shares on the Nairobi Securities Exchange have dropped 6.9% since January 1, extending last year’s 8.5% decline. The yield on Kenya’s benchmark 10-year bond has fallen almost 200 basis points to 14.02% according to data compiled by Bloomberg. The currency is under pressure with the shilling losing in value against the USD from 83 to 104 and slowly sliding again over the last couple of months.

Oil prices, which over the last two years were extremely low, are now going up again, a fact that will increase the country’s expenditure, as oil is one of the main annual expenses. Inflation remained inside the government’s targeted range of 5.0%, plus/minus 2.5 percentage points but despite the favorable environment of low energy, cost remained on average over 6.3%.

The current account deficit remains sizeable and net external debt/GDP is rising. However, Fitch estimates the current account deficit declined to 6.6% of GDP in 2016, from 9.8% in 2014, thanks to tapering capital imports and lower oil prices. Higher oil prices mean a risk of the current account widening in 2017 and 2018. Increasing external debt payments have led to the gradual drawdown of foreign exchange reserves, which stand at $7.3 billion as of mid-December. Nonetheless, at 4.7 months of current external payments, the reserves level is adequate. Kenya’s IMF programme provides additional support for the external position.

The real estate sector has been also challenged. The property market performance according to the available Kenya Banker’s Association reports has been in the best-case scenario stagnant with many signs of its performance being expected to go further down.

In several areas within Nairobi, supply is overcoming demand leaving many houses, apartments and commercial properties unsold and vacant for a long time. This is creating suffocation in the market. The market was hoping to see an increase of sales with the support of the banking system but that is not the case. Kenya is experiencing a significant decline in private sector credit growth due to an increase in Non-Performing Loans, which has prompted banks to relook at their risk assessment framework and change their policy against loan approvals.

Looking at this quick overview of 2016, anyone can understand that 2017 is expected to be a very tough year. Focusing on the real estate sector only, I am afraid that people might get disappointed from the sector’s performance during the next 12 months. Driving around Nairobi, it is obvious that there is still plenty of construction going on, but definitely less than a few years ago.

It is also obvious that there are many buildings that construction is completed but they remain vacant and signs for sale are still there as demand cannot follow the supply. Anybody who is in business feels the lack of cash in the market, which creates problems and shakes the expectations for growth. There is a lot of money stuck in the property sector, which cannot be retrieved in order to be re- invested due to the current situation. Real estate is one of the most illiquid assets and when the markets are slowing down, liquidity becomes a real challenge.

The property market and construction represent a significant part of the country’s GDP so a serious fall of the market would affect the total economic performance. The one million dollar question is, “how is the property market going to perform during 2017?”
Well, it is obvious that the signs are not very optimistic. 2016 ended with developers being in the middle of a very complicated environment. Especially in the capital, property developers came face to face with the bad performing market, as a number of residential and commercial spaces went unoccupied.

According to property consultancy Knight Frank, the property market experienced an oversupply for the larger part of the year with developers’ returns on investment shrinking. Of course developers are not the only entities involved in the market. Selling or reselling in the capital is one of the most challenging ventures for the last 15 months. Property market reports such as the House Price Index that the Kenya Banker’s association is producing quarterly showed that the property market has been underperforming despite the fact that some private available reports were presenting an increase of asking prices.

The fact is that when a market is showing signs of slowing down, asking prices are irrelevant. What really matters are the actual transaction values. In most of the cases when we are in a period of “buyers” market, deals are made at seriously discounted prices. It is the simple rule of demand and supply.

For this year, I would suggest to anyone involved in real estate or wants to get involved to simply use common sense, drive around the city and access the available data. Doing that, I believe, would lead many to be skeptic before getting involved in the market within this period. It is my personal belief that the Kenyan property market after a long rally of market growth and price increase, in some cases five, even six fold, it seems that we are going through a period of price correction and market adjustment.

Should you get involved? Well there are always opportunities, especially in a market that is going through a correction period but you need first to have a strategy. During periods of market slowdown investors looking forward to flipping their money quickly, speculators planning their strategy in the short term and those who do not have patience should stay away from the market. You need to be ready to wait, sometimes for a long period before you manage to sell or let a property and possibly not with ideal returns.

If you are already involved, you need to reconsider your position and review your strategy. It seems like the market conditions are not going to get any better in the short term. In contrary, some believe they might even become worse. So you need to identify what is the correct tactic you need to follow. Depending on your options, maybe, it is better to accept the fact that you are not going to make the returns you initially estimated, but it is better to drop your asking price now and sell or rent your property as soon as possible before the market gets further squeezed.

At the end of the day, you can always reinvest if the market trend changes. Staying in downscaling market, all you are achieving is to maximize the chances of your capital becoming less and your options minimizing. You might be thinking that this was not your plan. Well, investing is an ongoing process and you need to be reviewing your position quite often, implementing the necessary changes in order to follow the market adjustments. If you just buy some property and you stay inactive, then you are increasing your risk exposure and minimizing your potential for returns.

The upcoming elections are one of the key issues that will determine the future of the market. You need to consider the fact that before, during and after elections there is always a “wait and see” approach from local as well as international investors. That only confirms the fact that we should not be expecting much to happen on the positive side during the next months.

For Kenya, stability, local elections, global changes, Brexit, elections in Europe, the war in the Middle East, developments in Syria and oil prices are some of the factors that will be in the center of its interest within this year. This will affect directly or indirectly the Kenyan macroeconomics, microeconomics as well as all the relevant financial and economic sectors including the property, construction and real estate industries. There is no need to panic or celebrate; this is one of those moments when extreme attention and a lot of thinking are required. It is the only way to get through this period with minimum damages.