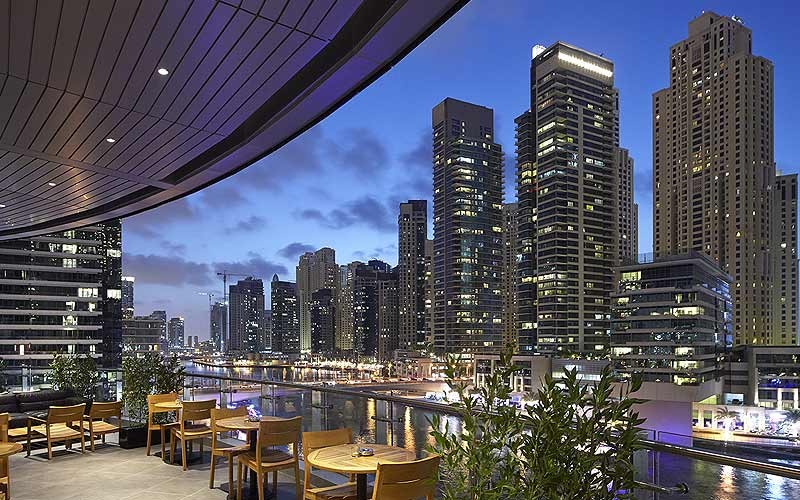 The Emirate’s real estate market is forecast to see a 10 to 20% correction in prices this year, the report stated

The report estimates a “moderate” 10 to 20% decline in prices for a number of reasons including additional supply and lesser demand in the market, volatility in the UAE’s equity markets and lower Crude Oil prices.

The impact is already being felt – REIDIN’s residential property price indices for Dubai show negative growth of between 4-5% from January to April 2015.

Average prices are also down roughly 2% for apartments and 1% for villas in Q-1 compared Q-4 of Y 2014, according to property consultants.

However, S&P asserted that the correction would not be as steep as experienced by Dubai’s real estate market in Y 2009.

“We believe real estate companies in the UAE are better armed to deal with the current slowdown and should be able to absorb it with limited ratings impact,” said Standard & Poor’s credit analyst Franck Delage.

Dubai’s property market saw prices fall by up to 60 per cent following the financial crisis in 2008, goaded by increased speculation – especially in off-plan sales. Several projects were cancelled or put on hold, investors lost millions and some developers shut shop.

The market recovered by Y 2012, but again began seeing a sharp growth in prices, attracting concern from experts such as the IMF, who warned that unless prices stabilized, there was the possibility of another bubble.

“Property development is a volatile and cyclical business by nature, especially in Dubai’s market where most buyers are investors. Our current ratings already incorporate this inherent volatility and potential softening in our base case,” S&P said.

“Still, we have run alternative scenarios, where market conditions would deteriorate further than we currently anticipate, with average selling prices dropping 30 per cent, and interest rates doubling. Even under these harsh conditions, the ratings impact on GCC issuers would likely remain limited over the next 12-24 months as the current backlog and pre-sales support cash flow,” the report added.

S&P also offered 5 Key reasons why Dubai is better prepared this time and the market will remain solid, as follows;

Dubai’s economy, especially, is more diversified and less reliant on oil. Non-oil companies are contributing to a large share of GDP and employment, and their expansion may partly offset weaker demand from oil-related companies. Furthermore, non-national investors dominate real estate investment in the UAE, and in many cases, their spending power is unaffected by the decline in oil prices. Indian and Pakistani investors, for instance, accounted for more than 18 per cent of investment transactions in the UAE in Q-1 of 2015.

Population growth in the UAE is a fundamentally supportive factor for real estate prices and rents in the next five years or so. We assume 5-6% population growth for Dubai and 7-8% for Abu Dhabi for the next two years in our base case. For instance, planners expect Dubai’s population to reach about three million by the time it hosts the World Expo in 2020.

3. Tourism will remain an important source of market growth

And just for Expo 2020, the Dubai government plans $6 to 8-B of investments. Tourism growth should continue benefiting some real estate segments like hospitality and retail (Majid Al Futtaim, Emaar Hospitality, Emaar Malls Group).

Although we anticipate reduced shopping spending in Dubai from Russian tourists, we believe spenders from Asia, elsewhere in the UAE and neighboring countries like Saudi Arabia should help stabilize retail performance.

4. The sector has learned from the past

The local regulator has established protective measures since the last crisis. We believe the risk of default has fallen considerably due to the implementation of a loan-to-value cap on mortgages (between 60 and 75% and developers’ mandatory usage of escrow accounts, which can be released only when construction is completed.

We believe that pre-sale mechanisms, which our rated developers use in particular, will help improve the predictability of revenue and cash collection. The UAE’s new credit bureau that monitors personal debts will also help banks and financial institutions to assess mortgage lending risk more accurately.

Stabilization of the political situation between Russia and Ukraine, a rebound of the Russian ruble against other currencies, and the possibility that the US will gradually lift sanctions on Iran are all alternative scenarios that could also support the real estate market in the region.

Paul Ebeling is best known for his work as writer and publisher of “The Red Roadmaster’s Technical Report” on the US Major Market Indices™, a highly-regarded, weekly financial market letter, where he enjoys an international audience among opinion makers, business leaders, and respected organizations. Something of a pioneer in online stock market and commodities discussion and analysis, Ebeling has been online since 1994. He has studied and worked in the global financial and stock markets since 1984.
Initially published @ http://www.livetradingnews.com