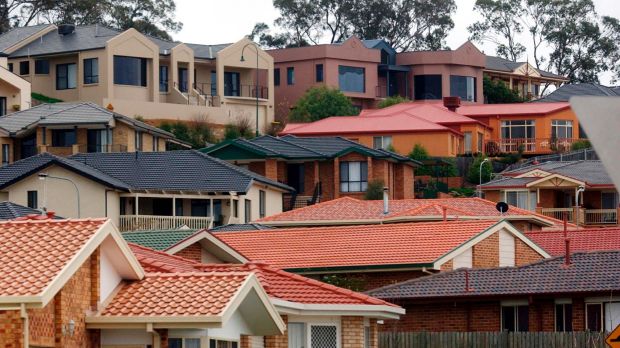 The Reserve Bank has warned about areas where it sees “potential risk” in the property investment market, such as the growing number of people with multiple investment properties, and an increase in investors aged over 60 who have a mortgage.

The comments came despite the central bank saying the major banks’ clampdown on riskier loans to property investors was helping to dampen risks in the Sydney and Melbourne property markets.

In its twice-yearly health check on the financial system on Friday, the central bank indicated it remained keenly focused on the high levels of household debt, and how borrowers would respond to higher interest rates.

While the Financial Stability Review said banks were looking more resilient after recent tightening in their lending practices, analysis in the report also highlighted features of households’ property investment that “point to areas of potential risk”.

Based on analysis of publicly available tax data, the RBA said there was a “substantial” share of households in lower-income jobs making losses on their rental properties.

“There is also some evidence that changes over time may be increasing risks, namely the rise in the share of households with multiple investment properties and in the share of investors over the age of 60 with mortgage debt, as well as investment across state borders where the investors’ knowledge of the property market can be lower,” the central bank said.

The RBA analysed the country’s pool of 2 million people who own investment properties by characteristics including age, income and profession. It said the number of people over 60 who owned an investment property had almost doubled in the decade to 2014-15.

“This shift reflected both the increase in the share of the population aged over 60 and an increase in the extent of investment property ownership within this age group,” the report said.

It said there had also been an increase in the number of older investors with mortgages, which could increase risk, though it also noted retirement ages were rising, and that older investors tended to have more accumulated wealth.

Despite the ongoing concern about risks from housing debt, the report said moves by regulators to tighten standards for housing loans had helped cool Australia’s overheated property market.

Investor lending has slowed significantly across all states as a result of steps by the Australian Prudential Regulation Authority (APRA) to restrict growth in loans, the RBA said.

APRA in March told lenders to limit higher-risk interest-only loans, which set off a fresh round of rate increases by the major banks.

“In Sydney and Melbourne, housing price growth has slowed and auction clearance rates have fallen,” the RBA said.

“A range of factors have contributed to the slowing, including increased housing supply, higher interest rates for some borrowers and an apparent reduction in demand from foreign buyers.”

Most indicators of household financial stress remain benign, it said, although there would be concern if households experienced large declines in income.

The central bank again highlighted weak conditions in Brisbane’s apartment market, where an increase in supply has resulted in falling prices and no growth in rents.

However, there are few signs that buyers are having difficulty completing settlements on purchased properties so far, it said.

The Reserve Bank also noted some concerns about the non-residential commercial property segment, saying activity had been subdued in many markets other than Sydney and vacancies were high, especially in Perth.

It also pointed out that the tightening of lending standards by major banks could lead to riskier lending migrating to the non-bank sector.

Overall, Australia’s financial system remained in a strong position and its resilience to shocks had increased over recent years, the central bank said.