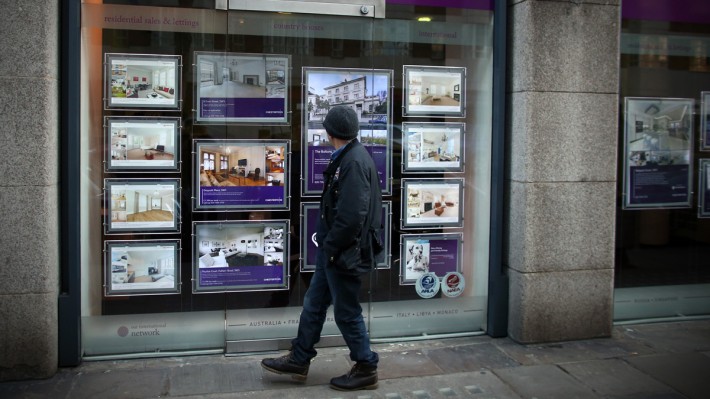 House prices in Britain are continuing to rise as a supply shortage squeezes the market, with official figures confirming prices have now surpassed their pre-recession peak to reach an eight-year high.

Figures published by the Land Registry reveal the average house price in England and Wales increased in value by 5.4 per cent in June compared to a year earlier. The average house is now valued at £181,619, ahead of a previous high watermark in November 2007 of £180,983.

Separate data published by the Official Registers of Scotland (RoS) show the average house price north of the border rose 3.5 per cent over the three months to June at £167,765, which the BBC states is the highest figure recorded for the quarter since records began in 2003.

The latest data offers some clues as to the underlying factors driving the market, at least in England and Wales. The Land Registry says house sales, which had been on a steady double-digit upward curve through much of 2014, turned negative in November last year and have been in decline ever since. For the latest month sales volumes slipped 19 per cent and FTAdviser reports that sales were down 13 per cent over the first quarter as a whole.

Land Registry data is considered by many, The Guardian says, to be the most “comprehensive and accurate” and its findings are keenly watched. While the headline numbers differ slightly from other indices, all have been reporting the same recent trends of slowing price inflation, which still remains ahead of wage growth, with prices rising to new records.

Campbell Robb, Shelter’s chief executive, told the Guardian the numbers were a reflection of an ongoing housing shortage and called for the government to act to increase supply, saying an election pledge to boost home ownership was “on the verge of becoming an empty promise”.

Despite the headline trends there remains a wide degree of regional variance. London properties for example have risen 9.2 per cent over the past year, while in Yorkshire and the Humber they are up just 1.4 per cent. Locations which have seen the strongest increases include Merthyr Tydfil, Reading, Slough, and Brighton and Hove with increases of more than ten per cent, while Bolton, Bradford and Doncaster all recorded a modest decline.