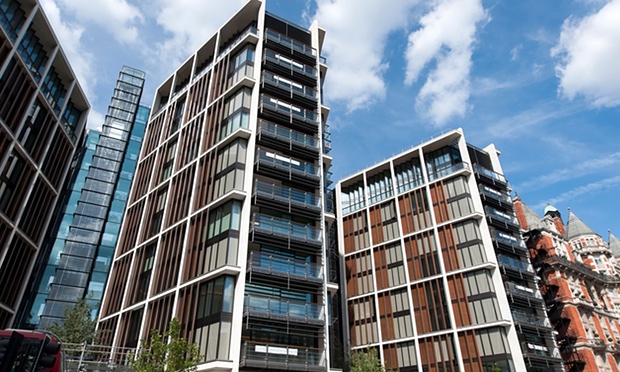 The scale of London’s property bubble is laid bare in a report that reveals how the capital has dramatically outstripped New York and every other major city in the world on prices and sales over the past five years.

In 2009, there were 2,147 sales of luxury houses and apartments in London in the $2m to $5m bracket, which put the city behind Hong Kong and roughly on a par with New York. But by 2014, sales in that price bracket in London had ballooned to 6,250 – double the number in Manhattan and triple the number in Hong Kong, Singapore and Sydney.

In the ultra-prime market – properties selling above $5m – the rich residents of Manhattan are now the poor cousins to Londoners. According to upmarket estate agency Knight Frank, which compiled the figures, there were 1,638 properties sold in London for more than $5m (around £3m) in 2014, compared with 796 in Manhattan, 258 in Sydney and just 21 in Los Angeles.

Knight Frank said London and New York constantly jostle for position as the world’s premier property market, with London currently ranked as the leading city for the global wealthy. “These two cities continue to lead development trends, in terms of design, pricing and iconic architecture,” said the head of research, Liam Bailey. He added that he expected London’s dominance to remain in place for the next decade, although New York could supplant it by 2024.

Prices for prime London property have risen faster than any major city in the last decade, including those in east Asia. The typical Mayfair or Holland Park apartment in central-west London has jumped in price by 138% since 2004, said Knight Frank, whereas in second-placed Hong Kong, prices for prime property have risen 93%. New York was next, with gains of 78%, followed by Singapore with 69%.

The rise in London prices comes despite a relatively high supply of newly built luxury apartments in the city compared with overseas rivals. Residential completions in Hong Kong and New York in 2014 were lower than in London, which is experiencing a tower-building boom. London’s traditionally low-rise skyline is being swiftly replaced by luxury residential skyscrapers, with 263 tall buildings of more than 20 storeys proposed, approved or under construction in Greater London.

But in the global property race, New York is fighting back. Knight Frank is predicting a surge in the city’s residential supply, epitomised by 432 Park Avenue. The pencil-thin 1,396ft tower nearing completion on Manhattan’s “billionaires’ row” is the tallest residential building in the world, and the third highest in the city. Its penthouse was reportedly sold to a Saudi buyer for $95m in 2013. In total, there are 100 new residential skyscrapers across Manhattan with 6,500 condos for sale, representing what Knight Frank said is a “staggering inventory” of $30bn worth of property. 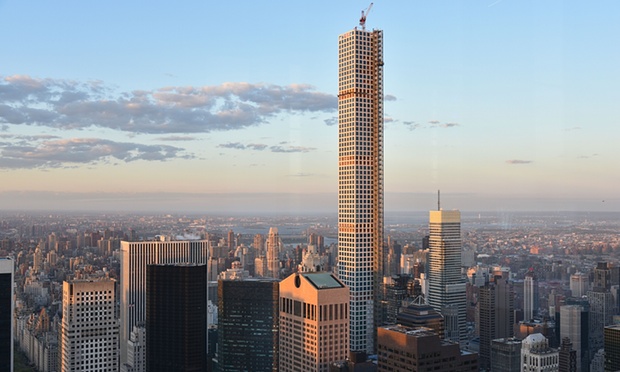 However, like Londoners, New Yorkers bemoan that foreign buyers are snapping up luxury apartments which are then left empty, inflating prices and making housing unaffordable to everyday residents, driving up rents as well as sale prices.”

One reason why London has, for now, moved ahead of New York is not just its attractions to the global elite but also a rising population and workforce, said Knight Frank, particularly in the finance and IT sectors. Londoners employed in finance, insurance, IT and telecoms rose from 1.28 million to 1.56 million between 2009 and 2014, outstripping the 1.1 million employed in the same sectors in New York and 0.8 million in Hong Kong.

But the global city to watch in the future is Miami, said Knight Frank. During the financial crisis it became the foreclosure and repossession capital of the US as it went from boom to bust. But in recent years, the city’s property market has begun to boom again. Prices for prime property have jumped 91% in the last five years, with the $60m sale last week of an ocean front apartment in the 18-floor Faena House tower breaking all previous records.