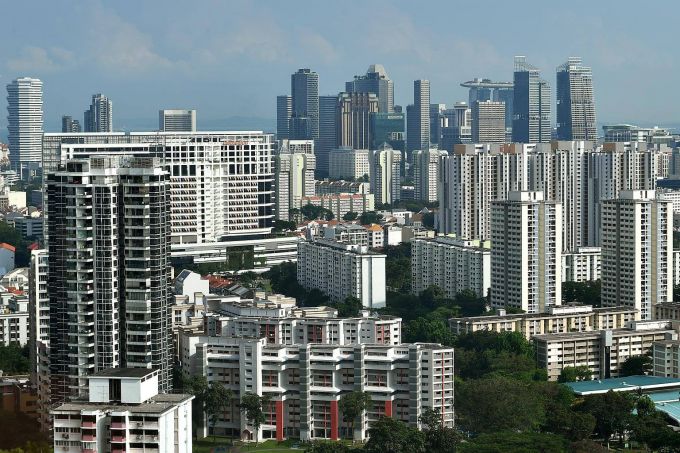 SINGAPORE’s hot property market has been put on notice. For the second time in eight months, the central bank is warning of a bubble building up and cautioning developers, banks and home buyers to proceed with care.

Property observers say the warnings are a reality check that the government will step in if the market overheats.

The latest reminder came from Ravi Menon, Monetary Authority of Singapore (MAS) managing director, who noted the “euphoria” in the Singapore property market. In December, Mr Menon’s deputy, Ong Chong Tee, had warned of “excessive exuberance” in the property market as well as risks from rising land prices and a possible oversupply of housing stock.

Speaking at the MAS annual report media briefing on Wednesday, Mr Menon added that the MAS, the Ministry of National Development and the Ministry of Finance are closely monitoring developments in the residential property market and remain committed to ensuring a sustainable market.

Mr Menon urged developers to be cautious in their land bids, bearing in mind the supply that’s coming onstream, and also warned buyers. “We’re also telling individuals who purchase property to be careful. Interest rates are rising, be cautious of debt servicing burdens, avoid taking on too much leverage when buying a house,” he said.

“We’re also telling the banks to be careful when underwriting, there’s euphoria now, everything looks good.”

“Basically we’re sounding caution to everyone to be sober, balanced and exercise good judgement.” He added that the government is closely monitoring the market.

“We need to be mindful of the supply and demand dynamics and we have to ask ourselves whether demand will be able to match the big supply that’s coming onstream in the next few years,” said Mr Menon.

There has been aggressive bidding by developers both in en-bloc sale tenders and government land sales (GLS). This is expected to more than double the number of units available in the near term. If left unsold, this could result in a supply imbalance and weigh on the market, he said.

In the supply pipeline are around 20,000 units from GLS and en-bloc sites pending planning approval, on top of the 24,000 unsold units from projects with planning approval, according to the Urban Redevelopment Authority last month. In addition, more than 30,000 existing private housing units remain vacant.

Mr Menon noted that the Singapore property market has seen a resurgence in prices and transactions over the past year.

Prices of private housing have increased by 9.1 percent since the trough in Q2 2017. This has mostly offset the cumulative price decline of 11.6 percent during the four-year period between mid-2013 and mid-2017. Latest Urban Redevelopment Authority flash estimates on Monday showed that at the end of the second quarter, the URA’s overall private residential price index is just 3.6 percent below its last peak of Q3 2013.

“As I said, we welcome the recovery – why would anyone want the property market to continue sliding,” said Mr Menon. But “it needs to recover in line with economic fundamentals, not ahead of income growth.”

To some market watchers, Mr Menon’s comments serve as a reminder that the government will introduce measures if the property market overheats, as it has done in the past, said Eugene Lim, ERA Realty Network key executive officer.

“The government’s key concern is the scale and pace of property price increase vis-a-vis economic and income growth. We are reminded that the government stands ready (to) make policy and regulatory changes in order to ensure a sustainable property market over the longer term,” he said.

Economist Selena Ling from OCBC Bank said there is the risk of developers paying more than what they can sell given their aggressive bidding.

“There’s a Chinese analogy referring to China’s property market where the flour can cost more than the bread,” said Ms Ling.

The current en-bloc fever has contributed to aggressive land bids by property developers which reflect their bullish outlook, she added.

While the near-term demand-supply dynamics still look supportive, a ramp up in launches can be anticipated by 4Q18 going into 2019, she said.

Coupled with rising short-term interest rates, there may be room for caution, especially in light of potential downside growth risks due to the escalation of US-China trade tensions that could spill over to trade-dependent economies like Singapore, said Ms Ling.