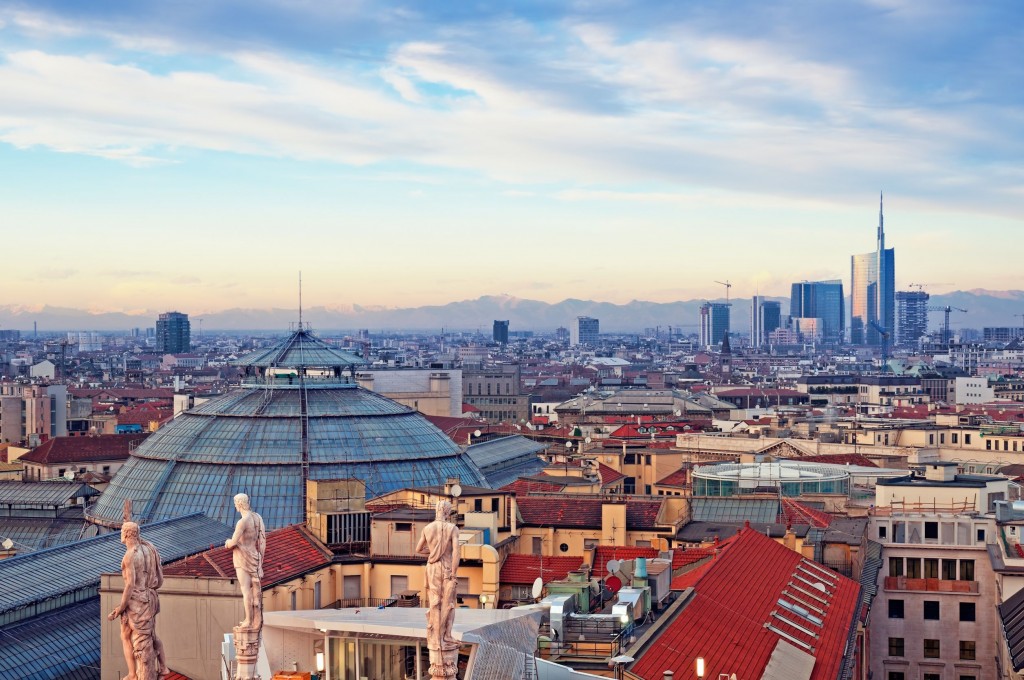 A number of historic buildings have attracted foreign investments in business capital Milan on the strength of low rates, international liquidity and structural reforms on the way in Italy.

The Palazzo Turati, recently used as a conference center, will be reportedly sold to Sofaz for 97 million euros (more than 105 million U.S. dollars) in the fund’s first real-estate purchase in Italy.

Meanwhile Abu Dhabi Investment Authority reportedly agreed to buy a 1960s building in the Italian northern city, which Milan-based Corriere della Sera newspaper said will be demolished and replaced by a new tower.

At the end of December, Qatar Investment Authority completed a deal to acquire another historic building that housed a subsidiary of BNP Paribas, also in the Milan city center.

Paolo Bellacosa, Managing Director at CBRE Capital Markets – a worldwide real estate services firm – in Italy, noted that since the end of 2012 the Qatar, Abu Dhabi and lastly the Azerbaijan sovereign funds have been the most active international investors in Milan, showing a long-term approach.

The Unites States and China have also played a key role, he pointed out. An example was last summer’s purchase of the former Milan headquarters of Italian bank UniCredit, Palazzo Broggi in the heart of Milan, by Fosun, one of China’s leading privately-owned groups, Bellacosa told Xinhua.

“Actually this case will be about urban regeneration of a historic square of Milan which will also involve the national postal service former palace bought by the U.S. fund Blackstone as well as other properties,” he added highlighting the role of these renewal operations as a driver of economic growth in Italy.Earlier this month, the State Oil Fund of the Republic of Azerbaijan (Sofaz) reached a deal to buy a historic property in the city center which was until 2011 the home of the Milan chamber of commerce, according to the local press.

Bellacosa estimated that the volume of commercial real estate investments increased to around 8 billion euros at the end of 2015, more than 45 percent up on 2014, of which over 4 billion euros invested in the Milan metropolitan area.

And in his view there is much more space in Milan for urban development operations, from requalification of former railway yards to the post world exposition project.

In fact so many important deals with strong interest not only in “core investments” but also in development projects are a sign of trust in the Italian market in the middle and long term, noted Andrea Faini, Managing Director at World Capital Real Estate, a Milan-based group specialized in real estate consultancy and investment.

“Countries such as the United States, the United Arab Emirates and China after careful market research have invested their capitals in environments which can offer interesting prospects of future appreciation,” Faini told Xinhua.

He said that Italy is seen as a “safe country” which in the past did not suffer collapses or bubbles as most of other European countries, and with a solid real estate root. Ownership rate exceeds 70 percent, he noted.

Antonio Zagaroli, Managing Director at Knight Frank Commercial – a leading property consultancy – in Italy, explained to Xinhua that last year – when in his view the transactions for commercial real estate in the country likely amounted to an estimated 7 billion euros – foreign investors were involved in as much as over 70 percent of the deals.

The latest investments in Milan, he underlined, were only the tip of the iceberg of a market where all type of investors, from core to speculative, are present.

“The increasing stability of Italy makes investing here more and more attractive, especially since it is still possible to find opportunities not present in markets that have been more stable during the crisis,” Zagaroli told Xinhua.

“Yields are still interesting, even if we are seeing a great compression, another sign of interest from buyers, and prices still competitive in the European market,” he went on saying.

Zagaroli observed that among the most sought after assets class there are offices, with regard especially to value-added opportunities in prime areas, high street retail, logistics and hotels. (1 euro = 1.08 U.S. dollars)