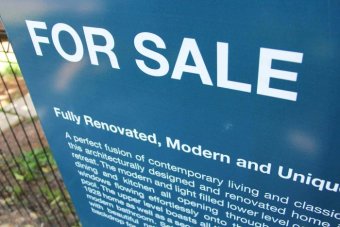 A new report on the housing affordability crisis in Sydney and Melbourne calls for the Federal Government to urgently rethink its support of negative gearing.

The report, Sydney and Melbourne’s Housing Affordability Crisis – No End in Sight, was written by Dr Bob Birrell and David McCloskey from Monash University’s Centre for Population and Urban Research.
“These governments have abandoned the current generation to a lifetime of rental properties,” Dr Birrelll said.Dr Birrell said the report highlighted the seriousness of the problem.

“The situation is much worse than it was a couple of years ago. It is a social catastrophe.”

He said governments have created the conditions for major concessions for investors.

“The result has been an enormous increase in investment but it has been primarily in established houses and that has caused these prices to reach levels in Sydney that are among the highest in the western world,” Dr Birrell said.

The report revealed the record-high housing prices in Sydney and Melbourne would lead to social problems.

“The PM’s stance reveals a monumental insensitivity to the social catastrophe flowing from record-high housing prices for the next generation of home seekers in Sydney and Melbourne,” the report stated.

Dr Birrell said while planners predicted there would be an increase in one or two person households, it was due to the ageing population, with baby boomers showing a reluctance to downsize to small high-rise apartments.

Dr Birrell said most of the demand in Sydney and Melbourne would come from young families and new migrant households, with record migration levels.

“Their priority is for family-friendly two or three bedroom dwellings with some protected external space, not high-rise apartments,” he said.

The Real Estate Institute of Australia (REIA) said while there was a housing affordability crisis in Melbourne and Sydney, changing negative gearing was not the answer.

REIA President Neville Sanders said the main issue was the constraint on supply.

“Zoning issues and land release is a problem,” he said.

“Also baby boomers are sitting on blocks that could be developed, however, the cost of them downsizing is a problem, including stamp duty.

“In Melbourne and Sydney there are good quality housing estates in outer suburbs. The cost of transport and other issues do, however, come into play then.”

Mr Sanders said changing negative gearing would lead to turmoil in the market and exacerbate the affordability problem.

“Negative gearing ought to be left alone as anything that distorts the market is undesirable,” he said.

“Housing and construction are two of the strongest sectors in Australia at the moment.”

“I think Melbourne has got some great challenges ahead of it,” he said.

“It is clear that we need to ensure that we have an adequate supply of zoned land and we are blessed with having 15 years worth of zoned land in our growth corridors and a house and land package in Melbourne as compared to Sydney is $200,000 cheaper.”