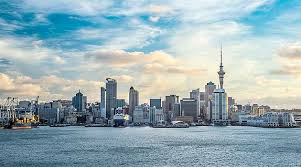 In an unprecedented move the Reserve Bank’s imposing tighter lending restrictions on property investors meaning those wanting to buy in Auckland will soon need a bigger deposit.

From October, property investors in the Auckland Council region will require a 30% deposit and ONE News political editor Corin Dann says it is a “bold, significant move” by the Reserve Bank which he says is clearly saying it has run out of patience with the Auckland housing market and doing nothing is not an option.

With more than 40% of Auckland house sales going to investors, the Reserve Bank is targeting investors borrowing to make big capital gains, singling out “any retail mortgage secured on a residential property which is not owner occupied”.

Dann says the big fear driving the changes is that another crisis like the 2008 global financial crunch could trigger a crash in property prices. He says if that happens Auckland buyers with big mortgages would end up owing more than their houses are worth and that would have a flow on effect for banks, bringing economic hard times.

Prime Minister John Key says it’s logical that the bank would take the steam out of the situation. But Labour’s finance spokesman Grant Roberston says the bank shouldn’t be where all the housing policy is made.

“The Government’s got a responsibility to make housing policy and deal with issues like speculation from offshore,” Mr Robertson says.

Banks don’t agree there’s an Auckland housing bubble but say they will comply with the new rules.

Meanwhile, outside Auckland house prices are relatively flat and the Reserve Bank is acknowledging that by loosening its loan restrictions for other regions where banks will now be allowed to take on more customers with less than 20% for their deposit.

Dann says the Reserve Bank still has some other bullets in its gun and if it feels it’s not getting the results it wants from today’s move, “it will fire those bullets and it could be uncomfortable.”