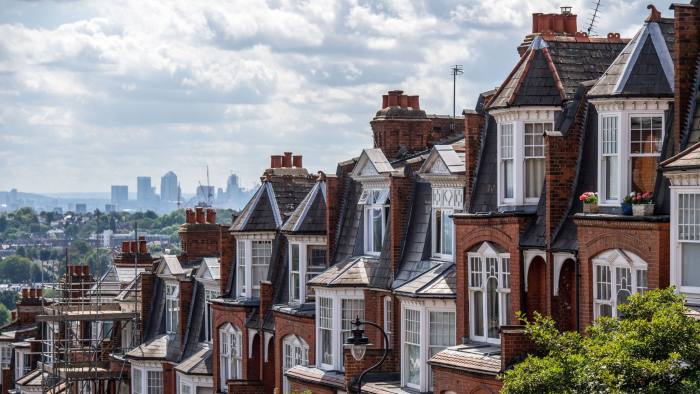 The number of high-end London homes being placed on the market has dropped by a quarter as wealthy owners hold off selling ahead of the UK’s departure from the EU.

In upmarket areas of the capital, the number of homes being placed on the market for £2m or more was down 25 per cent in the third quarter of 2018 compared to a year before. For all homes in those markets, the drop was 19 per cent, according to LonRes, a property data group.

That has contributed to a drop in homes changing hands in prime London, which includes central areas such as Kensington and Mayfair, but also upmarket districts further from the centre such as Battersea.

Transaction volumes for prime London homes dropped by 16 per cent in the first three quarters of 2018 from a year earlier as residents awaited news of any agreement on the UK’s future relationship with the EU.

Marcus Dixon, head of research at LonRes, said: “The uncertainty surrounding our attempts to leave the EU is making buyers in prime London reconsider their options.

“Many are choosing to wait it out, which continues to impact sales activity within our market.”

Buyer appetite, already weak, has been further affected by sellers’ reluctance. “This lack of fresh-to-market stock also means those buyers who are active may be discouraged by the lack of new properties available to view,” LonRes said.

Prices were down 3 per cent year-on-year in the third quarter of 2018, despite having already undergone a decline.

The “prime” London market has suffered over the past three years from a series of tax changes, including a 2014 overhaul of stamp duty that increased the charge on expensive homes; a surcharge added two years later for second and additional homes; and most recently the promise of another surcharge for overseas buyers. The 2014 overhaul ended a period of breakneck growth in the market.

“In our most recent agent survey 58 per cent of respondents saw Brexit uncertainty as having the most impact on demand over the next 12 months, compared with 29 per cent citing stamp duty,” he said.

Prices in the UK’s highest-value housing markets have fallen 18.4 per cent since their peak in 2014, according to separate data from the estate agency Savills, which said that values in prime London would not start rising again until 2021.

Savills said housing transactions in central London for now were “needs-based” — with motivations often summarised as “death, debt and divorce”.