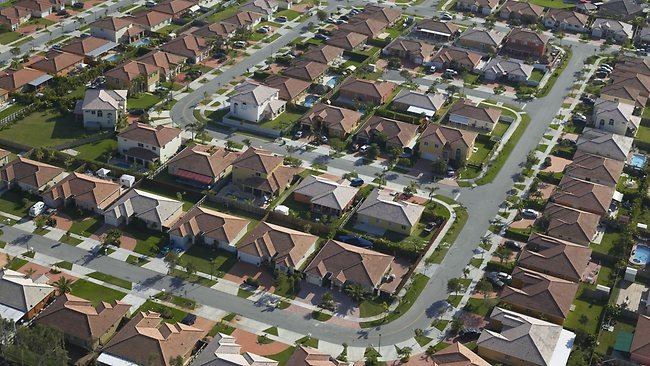 Housing prices in Sydney and Melbourne rebounded more than 2 per cent in June but fell or were flat over the quarter as the cities’ five-year bull market slowly runs out of steam.

In other capital cities, housing prices were patchy with the ­exception of the long-depressed Perth market where values rose 1.3 per cent in June, taking the quarterly rise of 0.8 per cent as a sign of “subtle improvement”.

The figures by property ­researcher CoreLogic show a ­resilient but easing market where auction clearance rates are lower, more homes are being listed for sale and investors are retreating in the face of tighter lending criteria and higher mortgage rates.

The pace of Sydney’s annual price growth has slowed from more than 17 per cent earlier this year to 12 per cent in June, while Melbourne, where values rose 15 per cent earlier, had its yearly growth slow to 13.5 per cent.

By December, the annual growth rate was expected to ease to between 5 and 10 per cent for both cities, according to CoreLogic ­research chief Cameron Kusher.

The rebound in June was partly due to the early winter slowdown, with May traditionally the slowest month, Mr Kusher said.

State government stamp duty concessions in Victoria and NSW for first-home buyers, which ­become available today, may boost the market at the lower end.

Victoria would likely benefit more than NSW, where there was less affordable housing available.

Property investor Jo Sharkey and her partner Glenn Green, with their five-year-old son Toby, are selling their one-bedroom apartment in Sydney’s inner west through The Agency.

“We just got advice from our financial planner that there may be a drop in the market in the coming months so we just thought we would sell while it was a good price,” Ms Sharkey told The Weekend Australian.

The family lives in a rental property and hopes to bank the sale proceeds and buy somewhere else to live. “I would love the Sydney housing market to slow down and if that’s … a positive ­effect of that it would be great,’’ she said.