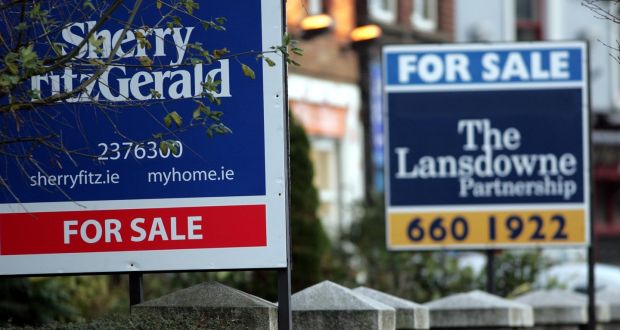 Turnover of Irish residential property is barely 50 per cent of what is considered “normal” in a healthy housing market.

According to GeoDirectory, the State’s largest property database, there were just 43,428 residential property transactions last year from a total housing stock of more than two million.

This equates to a national turnover rate of 2.2 per cent, well below the 4-5 per cent considered normal for a functioning property market.

The low transaction rate reflects the current shortage of property on the market as well as tougher credit conditions linked to new mortgage lending rules.

Of the total transactions recorded last year, only 13 per cent represented by new properties while 87 per cent were second-hand property transactions.

Combining data from the property price register and the latest population census, GeoDirectory found Dublin had the highest average transaction price at €356,194, followed by Wicklow (€296,045) and Kildare (€244,543).

At a construction level, there was only a small number of residential buildings added to the database nationally.

A total 3,957 buildings were classified as being under construction in the GeoDirectory Database in the final quarter of 2015, up slightly on the second quarter number of 3,786.

Kildare witnessed a significant increase in the number of buildings under construction, up to 253 buildings final quarter from 19 the previous year.

This might be down to a larger number of people being pushed to move outside the capital by rising house prices, the report said.

Annette Hughes, director of DKM Economic Consultants said: “ The key statistic which the report highlighted was that the national average housing turnover rate in the year to December 2015 stood at 2.2 per cent.

“This rate is showing very few signs of improving and is still well below what would be deemed to be a more normal housing turnover rate of around 4 per cent to 5 per cent,” she said.

A separate report by the Society of Chartered Surveyors Ireland found residential development land values increased in by 19.7 per cent in Dublin, 16.7 per cent in Munster, 15.1 per cent in Leinster and 10 per cent in Connacht/Ulster.

The group anticipates residential development land values in Dublin would increase by around 12.1 per cent this year.