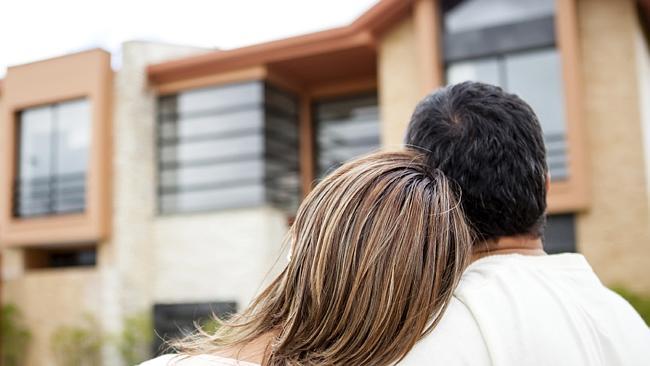 SYDNEY, June 28 (Reuters) – Outlandish property prices make daily headlines in Sydney – a peeling 1900s three-bed with no kitchen sink for A$2.6 million ($2 million), a parking space in Kirribili for A$120,000 – and first-time buyers have little prospect of relief.

Home price growth in the harbour city is well into the double digits, fed by record low interest rates, a rapidly rising population, chronic undersupply, a tax system that pampers property investors and a stream of Asian money.

There is a pick-up in building of new apartments, which have usurped houses in the mix as land gets more expensive, but long completion times and pent-up demand mean new buyers need not rush to pick their curtains.

Kerry Uys has wanted a house since she arrived from Britain with her husband and two children four years ago, but found prices beyond belief and Australia’s system of on-site auctions “alien and scary”.

“Things kept going up and up, even as we were looking,” she said. “We were going to lots of open homes. We found auctions full of people.”

To ensure the market didn’t gallop away from them, the Uys family decided in March to buy a tiny one-bedroom apartment off plan as an investment while living in a rented house.

More apartments are coming. Approvals for multi-unit projects nationally climbed 28 percent in the past year to record highs.

Nigel Stapledon, a fellow in real-estate economics at the University of New South Wales, estimates 13,000 new units will hit the Sydney market before the end of the year. An average of 28,000 will also be completed in each of the next three years, more than double the historical average.

“What we are seeing in response to the rise in prices is a lift in supply which, as it hits the market, will deflate the price momentum,” says Stapledon.

But the new supply is only catching up with rapid population growth after years of under building. Sydney’s average household size is 2.6, but since 2008, 3.7 people have joined the population for every new home built.

The government expects the number of households in Sydney, currently at 1.7 million, to increase by half again over the next two decades, so it would take more than 40,000 new homes a year just to keep pace.

There’s little prospect of interest rate hikes to spoil the party for housing bulls. Reserve Bank of Australia (RBA) Governor Glenn Stevens recently called the Sydney market “crazy”, but has cut rates to an all-time low of 2 percent against a backdrop of sluggish economic growth and low inflation.

To combat the froth, regulators have instead been leaning on banks to tighten rules on home loans, but with limited success.

The investment returns on property add to the allure. Rental yields of around 4.2 percent, though a decade low, comfortably outperform term deposits paying around 2.5 percent, and 10-year government bond yields of just 3 percent.

Like other multicultural cities such as London and New York, Sydney is increasingly a destination for international capital, especially Asian.

Government data suggest foreigners are scooping up perhaps a third of all new homes nationally, concentrated in inner Sydney and Melbourne.

“We think the likely persistence of record low interest rates, combined with an ongoing surge of foreign demand, means there is more likely to be a moderation of activity and prices growth, rather than a sharp drop-off,” says George Tharenou, an economist at UBS.

The Australian Bureau of Statistics estimates the housing stock appreciated A$425 billion to A$5.5 trillion in the year to March. That should be welcome news to the two thirds of households owning their homes, but many fret that their children will never be able to afford the Australian dream of home ownership.

The New South Wales government is reluctant to act since it has a vested interest in hot housing, making a record A$7.3 billion in stamp duty in the past year.

The federal government has come under pressure to ease speculative demand by tempering a tax break that favours wealthy property investors, but conservative Prime Minster Tony Abbott has ruled out any changes.

Instead, lawmakers are holding public hearings to explore how all Australians can have a “fair chance” to own a home.

Anxious first-time buyers, however, will have to wait until December to hear the findings and probably many more months before any recommendations become law. ($1 = 1.2992 Australian dollars) (Editing by Will Waterman)