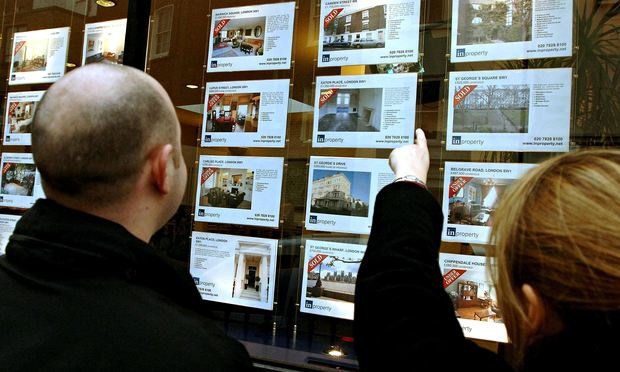 Most second steppers in the UK housing market are no longer trapped in negative equity as their position is boosted by rising house prices and an influx of first time buyers, new research has found.

This is despite the fact that many face a £128,000 price gap to jump up the housing latter, according to a study published by Lloyds Bank.

The research also shows that 33% of second steppers think it will be easier to sell this year, almost treble that of 2012 and 37% are keen to make the move now to take advantage of the more buoyant housing market.

Overall first time sellers are in a much better position than they were five years ago which is good news for the housing market as they are the link between first time buyers and the rest of the housing ladder.

They are living in the homes that the first time buyers need to buy to keep the market moving. Without movement from Second Steppers, movement on the ladder comes to a standstill on the second rung. Many had previously found themselves stuck in their starter home with little or no equity as the economic downturn took hold.

Higher house prices have increased the equity of those still living in their first homes, with 71% feeling that their equity position has improved over the last year.

The current crop of second steppers typically would have bought at the bottom of the market in 2009 when prices were at their lowest, with the average price of a typical first time buyer home in 2015 now 31% higher than in 2009.

The research also says that the price paid for a home by a typical second stepper is more affordable now than it was a year ago, when compared with earnings. Their housing affordability has improved significantly in the past year from 7.1 times UK gross annual average earnings in 2014 compared with 6.4 in 2015.

Despite increasing house prices boosting equity levels for second steppers, the findings show people living in their first home still have to find an extra £128,390 to plug the gap between the sale price of their current property and the cost of the house they would ideally move to  which is typically a detached property. This gap reduces to £17,864 if the second stepper moves to a semi-detached home.