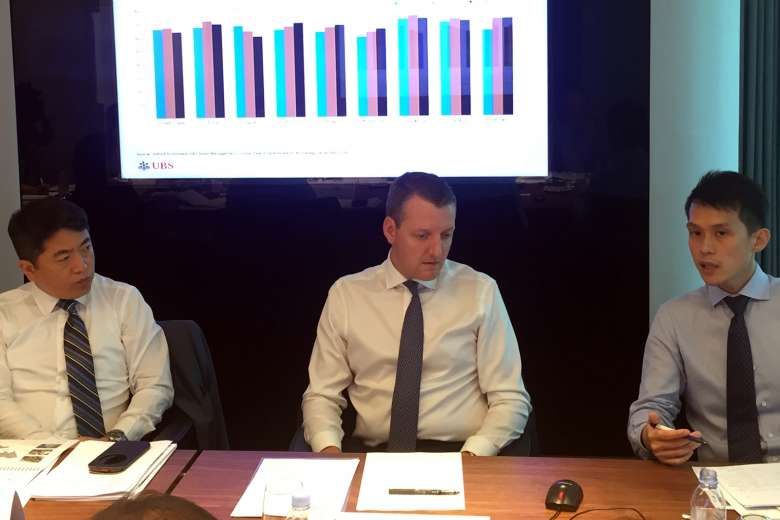 No rush to exit but institutional investors’ focus may switch to cities in Australia, Japan

Singapore is less likely to be on the radar of institutional real estate investors this year compared with other developed regional cities, especially those in Australia and Japan, said a UBS report.

It cited the oversupply in the office and logistics sectors here amid weak consumer sentiment and a housing market dealing with cooling measures.

The Monetary Authority of Singapore noted last November that property transactions, prices and mortgages could have been higher by as much as a third had these measures not been implemented.

Mr Graham Mackie, managing director and head of global real estate for Asia Pacific at UBS Asset Management, said yesterday that there is certainly no rush to exit Singapore and some global investors still perceive the country as a relatively safe market.

Real Capital Analytics data noted that while capital of about US$28.7 billion (S$39 billion) from Singapore was invested in overseas real estate last year, up 49 per cent from 2014, total inbound capital rose 157 per cent to US$3.4 billion.

Real Capital Analytics data noted that while capital of about US$28.7 billion (S$39 billion) from Singapore was invested in overseas real estate last year, up 49 per cent from 2014, total inbound capital rose 157 per cent to US$3.4 billion.

Globally, investors are increasing their exposure to real estate, Mr Mackie noted. Property traditionally formed about 5 per cent of investors’ portfolios but this seems to be going up to 10 to 15 per cent.

The report said there appears to be greater capital value in Australia and Japan now, relative to Singapore, Hong Kong and China.

Property yields in Australia are significantly higher than risk-free rates in the market.

Mr Mackie said: “It is a relatively efficient market with strong rule of law… The Australian dollar has depreciated significantly against the US dollar and investors who are more swayed by currency considerations see Australia as relatively cheaper.”

In Japan, while negative interest rates will be a short-term “sugar rush”, propelling asset price inflation, offices in Tokyo are still attractive and will outperform on the back of strong rental growth, said Mr Toh Shaowei, director of research and strategy (Asia Pacific) for global real estate at UBS Asset Management.

Inbound tourism in Japan continues to be strong, thanks to the cheap yen, which should prop up retail real estate, he added.

“Especially in Tokyo, the residential market still has some runway. The Tokyo resident population has been growing, but 45 per cent of households there do not own their own dwelling – (presenting) a huge room for rental opportunities and residential sales to grow.”

Economic conditions in the region will remain challenging over the near term, the report said.

Easier credit conditions could lead to a rise in asset prices that may not be backed by fundamentals, while Asian currencies could fall further in the next six months to a year.

But Asia’s growth continues to be higher than the rest of the world, and its dynamics – the rising middle class and increasing proportion of working age adults in some of its cities – will still be very supportive of real estate, said Mr Toh.

A version of this article appeared in the print edition of The Straits Times on April 05, 2016, with the headline ‘S’pore property losing some shine: UBS