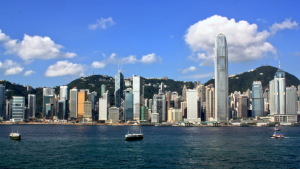 Do what it may, the Hong Kong government seems powerless to rein in the territory’s booming property market. In January, the city was judged the world’s least affordable by US planning consultancy Demographia for the eighth successive year (the survey reviewed nine leading global housing markets including the US, China, Singapore, UK and Japan). The median property price in Hong Kong is now 19.4 times the median income. In London — which is itself working through an unaffordability crisis — it is 8.5 times. In 10 years, prime homes in the city have increased 160 percent, according to Savills. Average sales prices for Hong Kong homes are now HK$24,900 ($3,182) per sq foot, more than a quarter higher than those in prime central London ($2,510 — roughly £1,800) and nearly double the cost in regional neighbor Singapore ($1,757). The current market rate for a relatively modest three-bedroom flat in Mid-Levels is about HK$150m ($19m). In Stanley — which along with The Peak and Repulse Bay sits at the apex of Hong Kong’s eye-popping super-prime market — Knight Frank is selling a three-bedroom house for HK$195m. From the roof terrace, the view of the water is excellent, but internal space comes in at a dizzying US $12,200 per sq foot. For $10,200 per sq foot, the same agent is selling a four-bedroom apartment on Conduit Road.

“Housing affordability consistently ranks as a top issue [among residents] according to surveys,” says Simon Smith, head of Savills’ Asia Pacific research from Hong Kong. “Chief executives [of Hong Kong] regularly promise to make it a priority but the problem has deep roots and more often than not defeats our mandarins.” As well as providing an irritant to the increasingly fractious Hong Kong citizenry — tens of thousands of people unhappy with the way the territory was being run took part in a 79-day sit-in in late 2014, known as the Umbrella Movement — it is also pushing the market into bubble territory, according to a report published by UBS in September. “Real incomes have virtually stagnated in Hong Kong for many years. So housing is less affordable here than any other city we considered,” the report authors note. To buy a 650 sq ft apartment in central Hong Kong, a skilled worker in the service sector would have to save their entire salary for 20 years, they add.

Adjusted for inflation, only Toronto — which leads the bank’s global real estate bubble index — grew faster in the year to Q2 2017. However, cooling measures brought in by the Ontario government in April have significantly slowed price growth there, according to figures from Knight Frank. The Hong Kong government seems powerless to intervene. Carrie Lam, the territory’s leader, in effect admitted defeat in December. “The government really has no way to curb property prices,” she told reporters. Previous cooling measures (there have been eight rounds of mortgage tightening alone since 2009) “did not suppress prices, and, quite the contrary, now some people say these measures have pushed up prices.”

Under this sort of pressure, buyers are flocking to the city’s emerging neighborhoods that offer discounts on the traditional prime areas. Two recent arrivals to this category have been Sai Ying Pun and Kennedy Town in the island’s north-west corner. Traditionally blue-collar neighborhoods, gentrification has come quickly on the back of a number of large upmarket residential tower developments, says Smith. The key driver was the westerly extension of the Island Line commuter train three years ago (the Kennedy Town station opened in December 2014). Speculative buying had started well before, says David Ji, head of China research at Knight Frank, and has helped drive average prices up by more than a third in the past three years. Besides a host of residential schemes, developers have splurged on restaurants, hotels, bars and clubs in hotspots such as Kennedy Town’s Forbes Street, driving up residential rents. Less than a mile to the south of Forbes Street, Knight Frank is selling a two-bedroom apartment with a parking space for HK$30m ($3.8m). On the island’s northeast, Island East is at an earlier stage of gentrification, with average sale prices still roughly a third below those of Sai Ying Pun, according to Knight Frank. Swire, the sprawling conglomerate that has become synonymous with Hong Kong’s emergence as a financial and economic powerhouse, owns much of the neighborhood. Its residential designs on the area, traditionally dominated by its docks and factories, began in the 1980s with Taikoo Shing in Quarry Bay, one of the island’s first large private housing estates aimed at Hong Kong’s expanding middle class, says Smith. 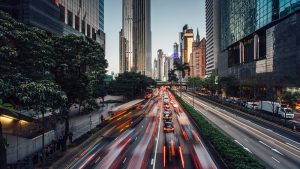 More recently, canny investment in office buildings, plus an expanding stock of decent homes, shops, restaurants and bars, has lured some of Hong Kong’s leading companies (and their staff) out of the city’s central business district. A July 2017 report by Knight Frank put office space in Hong Kong’s commercial skyscrapers at $8,000 per sq foot, 60 per cent higher than Tokyo in second place, and more than double the Manhattan average. “Offices in Island East are good value, high spec and well managed,” says Smith, explaining the area’s appeal. He adds that Swire is well placed to deliver some of these benefits since it owns much of the road and other infrastructure in the neighborhood. With many of the city’s leading professional and tech firms now installed, there are plenty of homes for the super-rich who run them, including a five-bedroom penthouse in the Legend development on Tai Hang Drive for sale with Knight Frank for HK$200m.

Where all this leaves those trying to get a foot on the private housing ladder is summarised by the island’s booming nano-market. The name refers to the rash of recent shoebox size homes — micro-apartments typically between 200 and 400 sq ft in size — which developers often offer with financing for buyers. When the first batch of 98 homes in the Novi development in Mong Kok — 138 one-room flats across a 25-story tower — went on sale in August, they sold out in a single day, according to the South China Morning Post. Space in the smallest, which measures 157 sq ft, is equivalent to roughly four beach umbrellas. They may still represent a small share of the market but they are its fastest growing, reckons Ji. “Most people are buying them to get on the housing ladder.” However, one local agent estimated that nearly a third of buyers of the Novi development’s first batch were investors. With Hong Kong’s continued low-interest rates and a scarcity of investment assets, it is likely that more investors will arrive to this market soon.

Meanwhile, the roughly half of Hong Kong locals who live in public housing — typically high-rise apartment blocks with rental rates subsidized by the government — are not immune from the territory’s heating property market, either. As land prices continue to rise, one recent estimate put the number on the waiting list at 278,000. On average, public housing tenants get roughly 140 sq ft of living space per person, according to government figures, and the search for affordable solutions is throwing up ever smaller, and more bizarre looking, prototypes. Hong Kong architect James Law Cybertecture is experimenting with nano-homes in portable, stackable 2.5m diameter sections of concrete water pipe. The OPod Tube Housing unit will provide 100 sq ft of living space and each comes fully fitted with living, cooking and bathroom facilities — which is just as well, given the unusually tight dimensions.