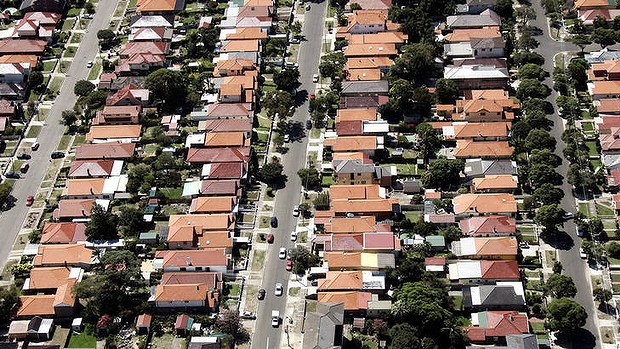 Sydney median house prices have hit $1m for the first time, according to the latest Domain Group House Price report.

The report touted it as Sydney delivering the “unthinkable” and having “emerged as a significant player in the international property market” but there are concerns about a worsening housing affordability crisis.

The chief executive of the St Vincent de Paul society, John Falzon, said the $1m mark was a clear signal of a housing market that rewarded some while excluding many.

“For those who are on the remote fringes of the housing market struggling to find affordable rental accommodation, especially if they are a low-income struggling household, let alone the chances of someone finding accommodation to purchase, this signals an experience of further exclusion and really points to the desperate need for government to do what markets cannot,” he said.

Falzon called on the federal government to “have the courage” to review some of the tax mechanisms that many believe drive up prices in the housing market, such as negative gearing and capital gains tax exemptions.

“The government also needs to make a radical investment in social housing across the nation to make sure people are not threatened with likelihood of homelessness,” he said.

“The federal government needs to take leadership in this area and not walk away from housing and homelessness as issues of national import. We need a national plan to make sure that no one in Australia is denied a very fundamental and simple right, to a place to call home.”

Wilson said a range of factors had driven the price rises, including the high number of investors.

“The main catalyst has been low mortgage rates, the lowest since the mid-1960s. It’s a perfect storm of local supply-and-demand factors generating the price growth. A strong local economy, coupled with high levels of migration and a chronic undersupply of housing and record levels of investor activity have also been a significant contributor,” he said.

“Confidence and momentum will continue to sustain the Sydney market through the remainder of 2015, although growth rates are unlikely to match the record-breaking June quarter performance.”

Mission Australia’s chief executive, Catherine Yeomans, said surging house prices were sending people into crisis accommodation for months instead of weeks and pushing them to the fringes of society.

“By any measure that price is quite extraordinary, skyrocketing house prices have impacts all the way down the line,” she said.

“What we know is people are struggling to find accommodation close to family support networks and more importantly close to employment opportunities. They are further and further pushed out to areas where there is no public transport or might be commuting for hours.

“It is getting harder and harder and is pushing people further afield.”

Mission Australia has been calling for a housing summit to be chaired by a federal government minister, preferably the treasurer, Joe Hockey. Yeomans said it was not just the very poor who were adversely affected by high house prices.

“We think it’s an issue for all of society. People are looking at house prices and have a good job, sustainable employment, can access a home loan, but what’s the size of prices doing for their ability to purchase?” she said.

Yeomans said there was not one simple solution, but the federal government needed to take a leadership role and involve all three levels of government.

The Domain report also found increases in houses prices in Melbourne, Brisbane, Adelaide and Canberra, while prices in Perth fell.

A Domain report earlier in the month found that a surge in investors was pushing up rents in almost all Australian capital cities.

Concerns about a rental affordability crisis have grown as the housing market shows no sign of abating.