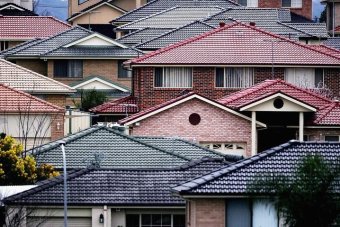 The deputy governor of the Reserve Bank says Sydney home prices appear to declining because of increasing supply coming onto the market.

Philip Lowe told a Sydney business conference he would welcome a drop in home prices.

He was responding to a question about new economics research from investment bank Macquarie Group, which has predicted house prices have peaked and could fall by 7.5 per cent over the next two years.

Macquarie expects prices to start dropping in the March quarter next year until the middle of 2017, when a recovery is tipped.

“Looking at a variety of indicators, it does appear that the peak of the current housing cycle has been reached,” the note said.

It said home loan approvals had showed signs of slowing and they expected demand for home loans to reach a low in 2018.

“Given each of the last three housing credit cycles have troughed lower than the previous cycle, we expect housing credit to bottom out at just above 3 per cent in FY18,” the note said.

Macquarie said falling demand for housing credit and falling house prices would see banks lower their profit forecasts by 1 to 4 per cent over the 2016 to 2018 financial years, with the Commonwealth Bank and National Australia Bank most affected because their higher lending to property investors.

Demand for mortgages from property investors has dropped after banking regulator APRA required banks to cap their investor lending to an annual growth rate of 10 per cent.

Mr Lowe said he did not endorse Macquarie’s prediction that house prices would fall by 7.5 per cent over the next two years, but he thought that Sydney house prices seemed to have come off the boil.

“It’s looks like the rate of price growth in Sydney has slowed down a little bit,” he said.

“In a way that’s not surprising because the supply of new housing is rising and you see this right across the country, whereas the supply of housing increases the rate of house growth eventually responds.

“I think we are on the cusp of seeing the supply response finally kick in, moderating price growth.”

Mr Lowe said Australia risked falling into “chronic pessimism” because of the soul-searching going on after the end of the resources boom.

“This soul-searching is evident in the increasing number of people asking what comes next,” he said.

“But we do need to be careful that the uncertainty that we feel about the future — and that is sometimes the undercurrent to these questions — does not mutate into chronic pessimism.

“If that were to happen, many of the opportunities that we do have are likely to go begging.”

He said the RBA’s “central base case” was that unemployment rate had stabilised, business was hiring workers, and he believed the economy would gradually pick up.

Mr Lowe added that lower interest rates alone would not lift living standards, which have fallen because of lower revenue from exports because of falling commodity prices.

He said he would support a rise in interest rates to boost global economic growth.

“Ideally what we want is a world in which interest rates rise because higher interest rates mean that underlying return on capital in the economy is higher,” Mr Lowe said.