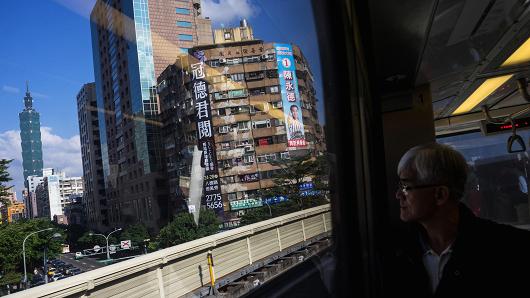 Taiwan’s long-bubbly property prices appear headed for a correction, but it doesn’t look like bargain hunters will fill the breach.

“Quite a number of buyers want to sell…(and) speculators have left the market already,” said Cliff So, executive director at REPro Knight Frank, a property agency in Taiwan.

It’s quite a shift for what had become one of the world’s frothier property markets, with prices there nearly doubling since 2009. The capital of Taipei has some of the world’s least affordable housing, with home prices at around 15 times income, according to last year’s data.

That compares with Hong Kong’s median price-to-income multiple of 17.0, Sydney’s 9.8 and Tokyo’s average 4.9, according to Demographia’s housing affordability survey of 2014 data.

Taiwan’s government hasn’t taken the price increases lightly, introducing a series of cooling measures. The next step on deck is the one that’s shaken out many investors in the market: a new capital gains tax is targeted for 2016, with sellers taxed based on the market price instead of a government-assessed valuation, which is usually lower.

“Taiwan’s property market has cooled in the past year,” Emily Dabbs, an economist at Moody’s Analytics, said via email. “Unfortunately, buying a home remains unaffordable for most young Taiwanese, a situation we don’t expect to change in the medium term.”

Price rises and the numbers of transactions are showing signs of a slowdown, but that may not be enough to entice the average homebuyer. Taipei house prices still rose 1.2 percent on-year in the first quarter, but that’s down from double-digit gains a year ago, Dabbs said in a May note.

But the country’s transaction value for housing fell more than 20 percent in 2014, according to data from Sinyi Realty reported by The China Post.

“The demand is still very strong. There’s not a match for the type of property,” So said, noting that over the past couple years, developers have focused on large units of over 4,000 square feet. “For a small family, that’s too much for them.”

Investors are even having trouble leasing out those luxury units, So said, adding that he expects sharp price drops in that end of the market.

Taiwanese buyers have increasingly been looking outside their home market, buying around $1.63 billion worth of overseas properties in 2014, up 25 percent from the previous year.