Housing markets are prone to the bandwagon effect, they continue rising when the fundamentals vanish, a year, maybe two years before. Stock market and commodity price volatility and declines are currently chronicled ad-nausea by the press without seeing the dramatic upswing of international property price falls. What is alarming is the pace of price declines. Even countries where prices are not falling, many are witnessing a rapid deceleration in price growth.

As China supplants Greece as the world’s key economic concern, and emerging markets look increasingly anaemic, there is a global quest for growth which is evident at a macroeconomic level but also when analysing house price performance.

In annual terms the Knight Frank Global House Price Index rose by only 0.1% in the year to June, its weakest rate of growth since the final quarter of 2011. Of the 56 housing markets tracked, 27% recorded an annual decline in prices, but it gets worse. 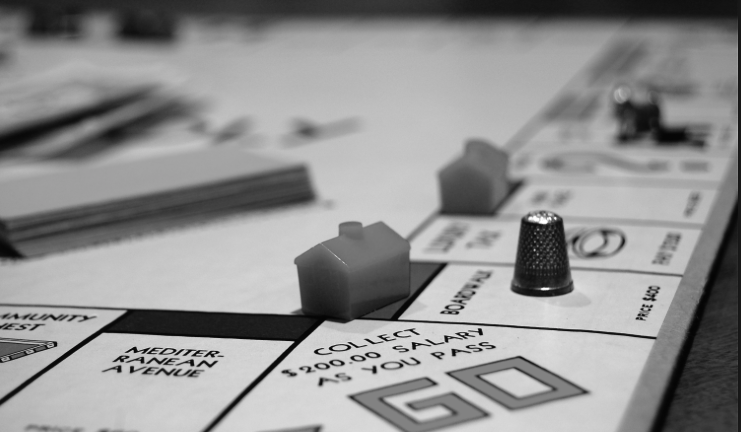 Europe is no longer the weakest- performing world region, a title it has held for 15 consecutive quarters.

Contrary to all of that – here is a headline from Global Property Guide; “The global house price boom continues ever more strongly. House prices rose in 25 of the 38 world’s housing markets”. It was published June 15 2015. It fails to properly point out that the data set used was Q1-2014 to Q1-2015. That’s not only history, it’s not relevant, especially to the speed of what is currently unraveling.

Fast forward to the present and we can see some home truths.

Switzerland – the SNB has twice (in 2013 and 2014) called on the government to impose binding capital requirement regulations on banks in an effort to cool mortgage lending. That didn’t work. Just before that the government the imposed a requirement for homeowners to pay back one third of their loan within 20 years and outlawing the practice of accepting pension savings as collateral. That didn’t work.

Property prices inflated by as much as 70% in just 5 years in cities such as Geneva and Zurich. Prices fell 5% in the last two months. When prices fall that suddenly, you know there’s something sharp touching that gossamer bubble.

London -Property prices in central London are falling faster than at any time since the financial crash, with family homes down as much as 10 per cent in just 8 weeks. Some sellers have been forced into huge asking price cuts in a bid to drum up interest. Prices are expected to be ‘volatile’ at best. In Britain overall, the volume of property transactions has completely collapsed, falling 40% since 2008 and the market is now artificially supported by the government with a wave of financial instruments. It doesn’t help that Asian investors have deserted the London property market due to strong pound. It also doesn’t help when the chairman of the IeC predicts UK house price falls of 50% as the world unravels from its debt binge.

France – House prices in Metropolitan France fell for the ninth consecutive quarter, falling by 1.21% during the year to Q2 2014, according to the National Institute for Statistical and Economic Studies. Prices seem to have stabilized, but stabilized means not increasing for the next 10 years as wages stagnate or decline according to two leading French economists.

Italy -Italy’s home prices will keep dropping until they are 20 percent lower than their pre-crisis peak as the gap between values in the north and the south widens, Fitch Ratings said. Prices are now down by 27.7 percent in the south, and 15.5% in northern and central Italy – still a long way to go.

Ireland – Ireland has just recorded one of the highest property price rises in the world. However, according to the latest figures from the Central Statistics Office, property prices fell by 0.4% in the capital Dublin, in June. The same happened in July, meaning Ireland’s capital city could be facing another fall in prices. You would not think that possible given that house prices in Dublin were at one point down 56% from the 2007 peak and apartment prices down over 62%.

Dubai -Dubai’s real estate market prices have fallen by the most in the world, according to Knight Frank’s Global House Price Index for the second quarter of 2015. The index ranked Dubai’s property sector 56th out of 56 markets covered around the world with an annual price slump of 12.2 percent.

For Dubai’s property market the future does not bode well. The volume of transactions slumped 69 per cent from 23,800 in the first half of last year to 7,400 in the same months of 2015. But this is likely to get significantly worse. With an expected oversupply of 40% of the most popular property type and void units sitting idle at 11%, this is not likely to be a soft landing.

Hong Kong – property sales volume plunge drops 29.2 per cent in August alone amid increasing economic uncertainty. Major developers are now offering incentives of between 10% and 20% – a clear indication that the bubble is deflating fast. Property prices in Hong Kong rose 10% in the first 6 months of 2015 and are already ‘correcting’ back by the same – really fast.

China – China’s stock market sell-off resumed at a brutal pace last month, partly as fears that the housing market could overheat and panicked investors. Although there’s plenty of reports heralding ever increasing property prices, there’s bad news on the horizon. According to Reuters, property prices fell 3.7% in July and dropped 4.9% in the previous month. That is nearly 9% in just eight weeks.

Predictions for many other parts of the world in the near future are dire.

Australia – The Australian real estate market is in the grip of the biggest housing bubble in the nation’s history and Melbourne will be at the epicentre of an historic “bloodbath” when it bursts, according to two housing economists. A bloodbath in the housing market, however, appears a near certainty due to the magnitude of falls required for housing prices to again reflect economic fundamentals.

Canada – “U.S. short sellers betting on Canadian housing crash: ‘An accident waiting to happen’” – Large Wall Street investors who made billions when the U.S. housing market collapsed in 2008 are now betting real estate values in Vancouver and other Canadian cities will crash – they should know!

USA – The home of the housing bubble has one great statistic for the future – given that the Federal Reserve is continuing its threat of a rate rise. Should 30-year mortgage rates go up 1 percent in the next year and housing prices rise 5 percent in that time as they have been, then a monthly mortgage payment would climb by a whopping 18 percent. The result – affordability will collapse, crushing demand and sending prices into a spiral. Affordability in S&P Case Shiller’s latest 20-city home-price index clearly indicates that affordability is holding back the market right now – so any increase will threaten an already stressed market.

Brazil – the housing market is now declining, amidst subdued economic growth and some civil unrest. Quarter-on-quarter, house prices dropped 2.13% during the latest quarter, according to Global Property Guide. And why is a massive fall swirling in the crystal ball – “Brazil’s amazing housing boom appears to be over: house prices in Sao Paulo had soared by 113% from 2007, while Rio De Janeiro’s rose by 144%” – that’s why.

India, Mumbai – With a population of nearly 15 million, Mumbai is facing an epic house price crash of …. 50%. Property prices in the metro and smaller cities have fallen up to 18% from April last year. New launches in the last quarter of 2015 were down by a massive 40-80 percent. Property inventory is piling up. Mumbai and Delhi will take 11-14 quarters to clear existing property that is available for sale, assuming not one more property is built between now and 2020.

Moscow – For Marat Khusnullin, Moscow’s highly optimistic deputy mayor for urban development and construction, the capital’s property sector represents an investment opportunity. “For foreigners, it’s really a sweet deal,” he says. “It is almost half price.”

In the Global property Guide at Q2, 12 of the 26 top performing nations with the highest climbing prices just had an adverse quarter. Broadly speaking, if you live on planet earth and own a home, it’s quite likely that there’s a house price crash coming to a town near you.