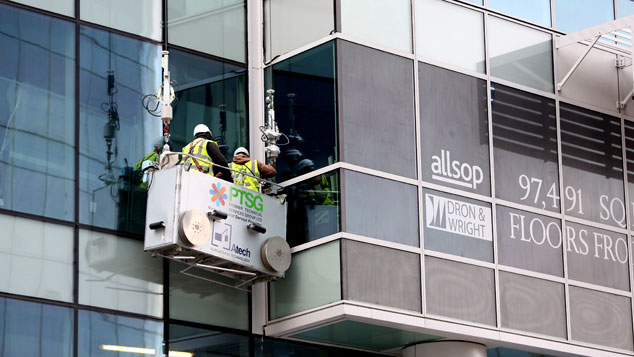 Big commercial property groups seem to be getting cagey about prospects for the UK property market.

Some of that’s overblown worry due to Brexit. But there are also some more substantive concerns that are definitely worth paying attention to.

Meanwhile, even as the professionals get jittery, local councils are piling into the property market like their budgets depend on it.

If that doesn’t sound like a potential recipe for disaster, then I’ll politely suggest that you have a very short memory…

Will the London property slowdown spread out?

Grosvenor Group, which manages a £6.5bn global property portfolio for the Duke of Westminster and owns big chunks of the most expensive bits of London, saw total returns on its UK and Ireland properties fall to 0.3% last year.

That’s a major slump from the 10%-plus seen for the past six years.

It doesn’t exactly come as a surprise. Near the start of last year, chief financial officer Nicholas Scarles said that the top end of the commercial and residential property markets in London had topped out, and it seems he was right. The company sold off more than £500m in UK assets last year as a result.

Grosvenor is also partly shielded by the fact that the portfolio is global. Weakness in sterling and a decent showing in various overseas markets meant that the group’s portfolio made total returns of 8% last year.

However, we don’t all own global property portfolios (it’s easily done with a few choice investment trusts or exchange-traded funds, but we’ll talk about that some other time). And even if we did, most investors living in the UK would like to know what struggles at the top end of the property market might mean for the rest of the economy.

What’s going on in the property market?

House prices at the top end of the London market have fallen sharply. According to Savills estate agency, prices in prime central London are down by around 13% from their peak in 2014. The more expensive the house (tens of millions of pounds rather than just millions), the bigger the fall.

Now, it’s fair to say that London has far outstripped the gains seen elsewhere in the UK property markets, both residential and commercial. And there are a few unique factors affecting the top-end residential market in particular, such as the massive increase in stamp duty at that end, and the increased hurdles to overseas buyers.

Meanwhile, Grosvenor chief executive Mark Preston reckons that the Brexit vote has had a “quite significant chilling effect” on London house prices. He’s not especially concerned about whether the UK is in or out, or whether Brexit is hard or soft. “But the problem we have is a period of great uncertainty, which could be quite prolonged.”

That of course, could be helped or hindered by the approaching election. I suspect the election will help, assuming it does deliver the Tories a bigger majority, as that has to make the decision-making process easier.

However, it’s not just Brexit. In fact, I’d argue that Brexit pales into insignificance compared to Preston’s next point. And it’s also one that extends to everywhere in the UK, not just London.

“Central bank policies around the world have resulted in property and other heavy assets rising steeply in recent years, and that means property is really quite vulnerable to what we think is going to come next in the cycle, which is interest rates rising.”

Rising interest rates – all else being equal, which it often isn’t – should drive up the yields on other assets (because why put up with a 2% yield on a risky asset if the bank will pay you the same 2% for no risk?). For yields to rise, either your income payout has to rise while the price stays the same, or the price of the asset has to fall while the income it generates stays the same, or a bit of both.

The added complication with property is that it is bought with borrowed money. So if the cost of borrowing money goes up, then the amount available to spend on property goes down.

In short, rising interest rates are bad news for property, particularly in a market that is already laden with debt.

Who do you trust more: property investors or local councils?

Grosvenor is an experienced operator in this area. When it comes to investing, experience doesn’t always count for a lot – it can lead to hubris rather than humility.

But I’ve noticed that in particularly cyclical sectors – such as property, or mining – the old heads often are the wisest ones. They’ve lived through one or two cycles, they’ve learned to read the tea leaves, and they know there’s nothing new under the sun. They don’t get carried away, and nor do they panic. Their timing can be pretty good.

It’s also interesting to note that commercial property funds are holding substantial amounts of cash at the moment. That, I suspect, is primarily due to the post-Brexit debacle where most of the sector had to call an emergency halt to withdrawals for liquidity reasons. But it’s still indicative of the wavering sentiment out there.

Another scary sign is that, just as their commercial counterparts are being more cautious, local councils in the UK are taking bigger punts on commercial property than they have ever done.

John Plender writes up the story in a great piece in the FT today. Essentially, local authorities – looking for ways to boost their coffers – have been borrowing money dirt cheap from the Public Works Loan Board, a slightly obscure arm of the Treasury.

Like any other carry trade, it’s all fun and games while the music is still playing. You borrow money at a low yield and invest it in a higher-yielding asset. Everyone’s happy. But if the trade turns around, you suddenly have an asset that’s worth less than the money you borrowed to purchase it. That’s when you’re in trouble.

Matthew Oakeshott of commercial property manager Olim Property tells Plender that “English councils punting on property is an accident waiting to happen… There are real echoes here of… the Icelandic bank scandals, where councils played a market they didn’t understand for short-term income gain.”

Who would bail out the councils if it all goes pear-shaped? The usual suspects – you and me, the taxpayers.

We’ll be keeping a close eye on this story as it develops. Meanwhile, outside of specific areas – such as warehouse storage for internet retailers – I’d be wary of taking on more commercial property exposure.