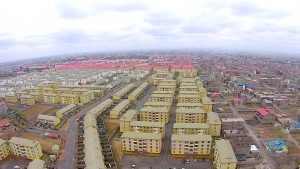 The potential growth is also important as well as the finance options available in the market as it is known that Real Estate Growth and Finance always move together. Another important element is the tax environment and the taxes that apply to real estate investments.

In the middle of a very challenging real estate market environment where the market seems to be stagnant for the last couple of years, Kenyan authorities are trying to give more incentives in order to boost the market by announcing a possible reduction of the taxes. More specifically, the Treasury Cabinet Secretary (CS) Henry Rotich said the Government would reduce corporate tax by 10% for developers who construct 1,000 units or more. That means that big investors will benefit by a reduced corporate tax from 30% down to 20%.

Although the concept of reducing the taxes is good, the fact that a developer has to construct a minimum of 1000 units a year makes it almost not applicable to the Kenyan property market reality.

I have no other choice but to doubt how realistic these measures are considering that the country has few investors who have the financial ability to construct such a huge number of houses annually. Although the CS stated that the main objective of this new measure is to introduce an incentive to encourage investors to enter into the low cost housing sector to take advantage of the huge, acute demand (mainly for low cost housing) in Kenya which stands at 200,000 units per year against an annual production of 50,000, it is  worth noting that the country has had few developers willing to get into the lower segment of the market owing to what they term as small profit margins.

Currently, most of the housing stock is in the middle and upper segments of the market where developers and investors are targeting higher returns on their investments.

This type of corporate tax incentive will not make any big difference since the benefits cannot be passed on to prospective homeowners. Corporate tax is only charged on the developer’s profit, and, depending on the profit percentage, this could be negligible. In any case, a developer can never be sure of the proceeds from the next project for him to consider giving discounted prices based on the previous project’s tax rebates. Also, under the current circumstances where the market is not exactly vibrant, any future projections could be tricky.

The fact is that there is a need for action from all interested parties in order to change the current climate and support the property market as a lot of people have invested their family’s future in the real estate sector of Kenya.

Tax relief is one of the measures that could become an incentive as long as they apply to all interested parties and not only to specific very big players. I also believe that tax incentives should be directly bonded with the property and not via discounts of corporate taxes. For example, the Government could allow developers to claim back the VAT and perhaps pass such benefits to the end user.

Bureaucracy is another very important issue that has to be faced in making the process of construction (licensing) faster, and easier. It has to be monitored from the authorities to make sure that the industry is not operating in a vacuum but follows all regulations. Currently, project approvals may take more than a year and that is definitely not helping the industry’s growth.

Infrastructure is also extremely important. That lack of infrastructure is adding serious costs to the developers. If the Government will provide prerequisite infrastructure such as roads, water and sewer lines that could take up close to 25% of the costs, (respectively and according to available data), a serious amount that developers can pass on accrued savings to the consumer.

Finally, amongst the most important changes that I believe that could help the current market to move forward is a cheaper, faster and easier access to financial environment. Finance in Kenya is very expensive and almost impossible to be accessed by the average Kenyan company or individual. All over the world, property market growth is achieved thanks to the availability of easy accessible and cheap mortgages and building – construction loans.

In Kenya, since June 2015 when the CBK decided to increase the CBR to support the Kenyan shilling, finance became even more expensive and difficult to get. Followed by a fragile banking environment where the Central Bank of Kenya is becoming stricter with the banks day after day, the option of financing a project or getting a mortgage to buy a house becomes more and more slim. It is a must for the future of the industry to provide adequate liquidity to the market via the banking system to both the developers and the buyers or other small investors.

The real estate market of Kenya is standing in front of a Hallmark, which will determine the immediate future either positively or negatively depending on the actions that will be taken. The low performance of the sector during the last 3 years, which according to the Kenya Bankers Association House Price Index as at the end of the first quarter of 2016, had risen by 9.08% since the base period of the first quarter of 2013 is definitely not attracting new investments. The increase on average of 0.232% per month or an average price increase of 2.79% annually is not even covering the country’s inflation.

In addition, the sector is expected to further slowdown as the country moves closer to next year’s General Election. This means not many investors might be persuaded to get into property development.

In this challenging environment, I believe that although the market is under pressure, with the correct decisions and measures, the current trend could be turned around. It is not going to be an easy process and it is not going to happen in a day, but if there will be no action, the market could really present a face that no one ever expected to see from the real estate sector.

It has been proven over the years, that all over the world, the markets that have been growing very fast, achieving unreasonably high price levels and values, and did not prepare for a downturn to support the industry, collapsed. There is definitely no reason to panic but when a market is heading towards recession, additional awareness is advisable. Make sure you follow up with the market developments, keep a diversified portfolio and invest only in what you can afford. 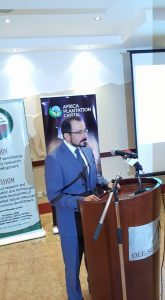