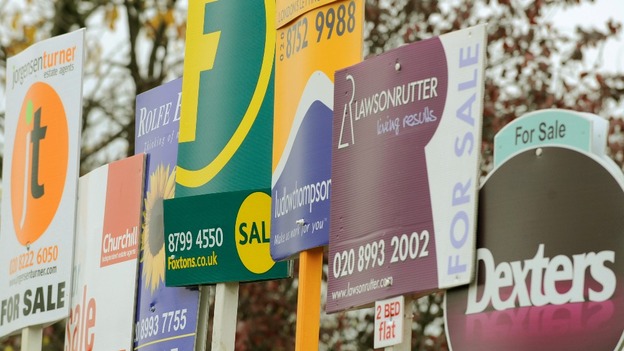 When members of the public and MPs have been asked about housing by pollsters, there’s been a striking consistency in their response: Britain is facing a housing crisis – and the solution is more affordable homes. But as the latest government figures show, we’re still falling far short of building the number of new homes we need.

Although housebuilding in England last year rose by 10% to 137,000, that figure is 25% down on 2007 levels. These numbers are just over half of what housing campaigners estimate we should be building to make a dent in the housing shortage. With big cuts to public investment in housing under the coalition – and little sign of a big pot of cash on the horizon after the general election – how can we get anywhere near the number of affordable homes we really need?
Mark Henderson, Home Group chief executive Home Group chief executive, Mark Henderson

At a roundtable discussion hosted by the Guardian in association with Home Group, a housing provider with 55,000 homes in England, Scotland and Wales, a panel of experts agreed that now was the time for action on housing. As Home Group chief executive Mark Henderson said: “We all recognise there’s a housing crisis. But is there a one-size-fits-all solution? I would argue that each part of the country has a different dynamic.”

Gill Payne, director of policy and external affairs at the National Housing Federation, said: “Things are happening, but we’re still not doing enough. There’s been a baby boom in the past few years and we have an ageing population: where do we think these people are going to live?”

As Lewisham mayor Sir Steve Bullock pointed out, the scale of the challenge is such that both long-term and short-term solutions are needed. “We need to rethink the way we deal with housing – the local authority role, the housing association role – but at the same time the urgency of the crisis is such that we have to increase supply very, very fast.”

So where will the change come from? When the coalition government came to power in 2010, capital investment in new affordable homes was cut by 60%, and since then the housing sector has had to look for ever more innovative ways of levering in more investment.

According to Alex Gipson, lending manager at Legal & General, there’s a strong appetite for investing in housing. “There’s plenty of money out there; that’s not the barrier. It’s about creating the right product,” he said. Some of those new models were highlighted at the event, including a project that Home Group has been working on with the New Economics Foundation (NEF), where rising rents in the private sector for those who can afford them can help support more affordable homes.
NEF housing analyst Alicia Weston Alicia Weston, NEF housing analyst

“It basically captures the land value so the increase in value stays within the scheme,” said NEF housing analyst Alicia Weston. “You have a mix of different rent levels which will flex. If market rents go up, the land will be making more money and you can have more subsidised housing.” It is, according to Home Group’s head of development Gareth Crawford, just one example of a more flexible approach from housing providers, “accepting that both markets and people’s circumstances change”.

Calum Mercer, director of Million Homes, Million Lives, said: “We’ve always had a focus on the tenure of housing. In reality, people don’t live their lives like that. We need something that has much more flexibility.”

There are also initiatives such as the Greater London Authority’s housing zones, the first tranche of which will see the GLA putting £268m into nine areas of the capital to help attract £9.4bn of private investment and build 28,000 homes. The GLA’s Jamie Ratcliff said this “total regeneration” approach had encouraged “really exciting” schemes across a range of tenures.

Lambeth council leader Lib Peck called for a loosening of government-imposed caps, so that local authorities like hers could build more homes. “It’s ridiculous that the government is not allowing the cap to be lifted. It is seeing it as reckless borrowing when it should be seen as investing in the future.”
Keith House, leader of Eastleigh council Keith House, leader of Eastleigh council

But Keith House, leader of Eastleigh council and co-author of a recent review for the government on councils’ role in increasing housing supply, said councils had got “a bit fixated” on the borrowing issue. Instead, he said, we should concentrate on raising ambitions across the social housing sector, and encouraging more councils and housing associations to use the capacity they already have.

“Volume builders are not going to build as many homes as we need,” House said. The “game-changers” he suggested included strengthening planning departments by charging the cost of planning back to developers and pushing through more public-sector land for new homes.

The availability and cost of land were key themes. Participants called for more to be done to ensure developers didn’t wriggle out of providing affordable homes by citing high land values. Bromford CEO Philippa Jones said: “This isn’t just about housing, it’s also about land. What has to be fixed is the dysfunctional market for land.”

One avenue, suggested Alex Hilton, director of campaign group Generation Rent, would be a rent tax for private landlords if they charged above a certain level that could then be channelled into social housing. “We need to make land less profitable for investors,” he said.

Another route would be to ensure consistency between different areas on the proportion of new developments given over to affordable homes. “In London, just before the credit crunch, you had affordable housing in schemes at about 50%,” Dick Mortimer, group director of property services at Family Mosaic, said: “Now we see schemes going through at 10% or 12%. Why isn’t there a 35% minimum across London? That would drive land prices down.” But Jones warned that in some areas, particularly smaller district councils, private developers and their consultants can run rings around planning authorities. Kate Henderson, chief executive, Town and Country Planning Association, agreed. “We have to have a planning service that’s fit for purpose in every local authority,” she said.
Jo Negrini, executive director of place at Croydon council Jo Negrini, executive director of place at Croydon council

Some councils are determined to intervene directly to secure more affordable housing. Jo Negrini, executive director of place at Croydon council, said her authority was being “a lot more aggressive” in the market. “It’s about looking at how you use your clout as a planning authority and a major landowner to make sure you get the outcomes that you want,” she said.

That, of course, means strong local leadership, or what Henderson called “civic bravery”. “It’s about understanding who is good at what, putting ego to one side and recognising what housing associations, local authorities and, yes, even the private sector can do,” he said.

For Peck, leadership also requires transparency with residents about negotiations with developers over concerns about affordability. It also means thinking not just about the number of new homes, but their quality and the community they sit in. As John Giesen, chief executive at B3Living, put it: “This is not simply about building more homes but about building homes that people want to live in and having a sense of place in the area.”

Participants stressed the need for a national vision for housing. Henderson called for a return to the post-war “collective ambition” of providing everyone with a home of their own. “We’ve lost the role of the state saying: ‘We are going to make sure everyone has a place to live,’” she said.

Hilton added: “The only people going to fix this are people at the national level, looking at the big picture.” For Bullock, the impact of the housing crisis means a “window for change is opening. People know this is one of the biggest issues facing the country,” he said.

Henderson summed it up: “We need government intent and ambition. All of us working in housing will do the best we can, but without that drive forward, it will not be enough.”