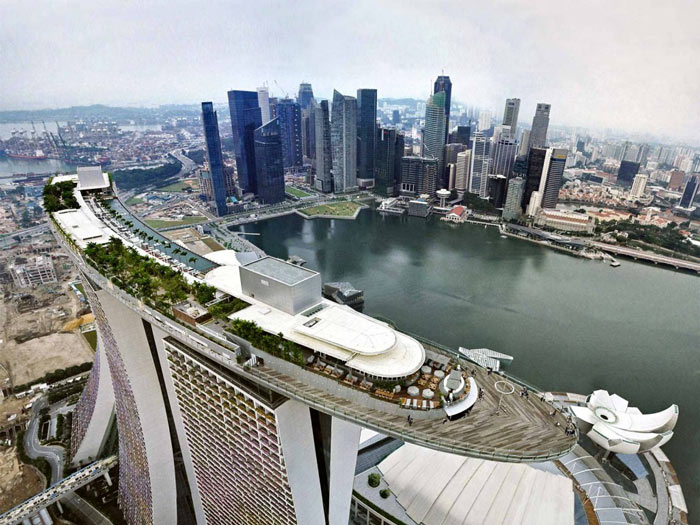 No, cooling measures will not be lifted. Property prices will continue to drop while mortgage rates rise this year. Here are five trends that both property buyers and sellers must watch out for as the Year of the Monkey comes rolling in.

1. Cooling measures are here to stay.

Although developers have intensified their call for an easing this year, analysts reckon that the government will keep cooling measures in place throughout 2016.

A report by DBS highlighted that policymakers are only going to ease measures if “material stress” is seen in the system. In past cooling cycles, measures were only tweaked after prices dropped by 13% to 15%. Despite nine consecutive quarters of falling prices, the headline property price index remains elevated.

“While there are calls by developers to the government to relax some of the property anti-speculation curbs given that the aim of minimising hot money and speculation in the property sector has somewhat been achieved, we believe that timing remains uncertain,” said the report.

Meanwhile, the Singapore central bank’s latest Financial Stability Report showed that the MAS is particularly concerned about renewed froth in the property market. This is because funds continue to flow into asset markets, and property prices in regional markets such as Hong Kong, Malaysia, and Thailand remain high.

“Even as the domestic property market moderates, MAS continues to remain watchful for signs of renewed froth on the back of still-elevated prices,” said the MAS.

Home prices are set to continue their unabated losing streak in the Year of the Monkey. The latest Real Estate Sentiment Index (RESI) by the Real Estate Developers’ Association of Singapore (REDAS) and the National University of Singapore (NUS) showed that 60.7% of the developers anticipate a moderate decrease in residential property prices over the next six months.

“A few upcoming sites were awarded at relatively lower prices, which may translate into lower pricing for new residential launches,” a RESI respondent noted. “Cooling measures are expected to remain unchanged and the mood is still cautious. Buyers are unwilling to pay higher prices, given the headwinds facing the residential market.”

At the same time, analysts noted that prices will continue to drop on back of stringent cooling measures and muted buyer demand. BMI Research wrote in a report that the residential property market will see further losses on back of very low rental yields and the continued tightening of skilled foreign worker inflows.

“Relatively strict macroprudential measures remain in place as regulators continue to pursue greater affordability of resale HDBs and private properties while also preventing the accumulation of high levels of household debt. While some small adjustments are possible given that Singapore’s difficult macroeconomic outlook would not provide a fertile ground for a transitory recovery in prices, the broader stamp duty and loan-to-valuation framework is almost certain to remain in place. As such, we envisage a further decline in property prices in 2016,” BMI Research said.

Most households will have to set aside larger sums for their mortgage repayments this year, after the US Federal Reserve’s decision to raise borrowing costs for the first time in almost a decade. Interest rates were hiked by 0.25% in December, and the US Fed said that rates could be raised by as much as four times this year.

A recent analysis by DBS showed that if the 3-month Singapore Interbank Offered Rate (SIBOR) jumps to 2% by the end of 2016, debt obligations of average households will increase by around 10.6%. Bulk of mortgage loans are pegged to the SIBOR, which currently hovers at 1.1%. DBS expects this rate to rise to 2% over the next 12 months.

Meanwhile, CIMB reckons that monthly mortgage repayments will form around 70% of monthly household income if mortgage rates rise to 3.5%.

“Based on the latest available 2013 Household Expenditure Survey, a household spends an average S$4,725 on monthly household expenses, excluding rent or mortgage commitments. This takes up 45% of total average household income, including pension contributions. Assuming this ratio is still valid in today’s context and supposing a household spends a further 24% of income on monthly mortgage installments, total household expenditure would form c.70% of monthly income, exceeding the 60% TDSR limit,” CIMB said.

Developers are running low on new projects as fewer sites have been offered through the GLS Programme since 2015, according to a report by CBRE. For instance, only one prime residential site and two suburban plots will be offered for sale in the first half of this year.

“The cutback in government land sales will allow developers more time to clear their backlog. The supply of prime homes is expected deplete faster,” CBRE said.

As a result of the sharp drop in available GLS sites, a report by DTZ said that more residential sites on the Reserve List will be triggered for sale as developers rush to replenish their landbanks.

The report said that some possible sites that may be triggered include the land parcel at Margaret Drive and Bartley, where both areas saw healthy sales in recent private launches.

The Year of the Monkey will be marked by intense stock market volatility, which may have spillover effects on Singapore’s home market.

A report by JLL warned that severe stock market losses might trigger property default sales. This, in turn, would further depress prices, which are already under pressure from a slew of cooling measures. An extended rout might also negatively impact the broader economy, including employment levels. This, in turn. may lead to a more severe correction in the Singapore property market.

“Looking back into the past, the residential market for example, corrected by 4 to 6 per cent a quarter in some instances. Should the market lose footing, it is not impossible to expect a recessionary correction of this magnitude,” said Chua Yang Liang, Head of Research, South East Asia.

-Source and in order to see more at: http://sbr.com.sg/residential-property/in-focus/