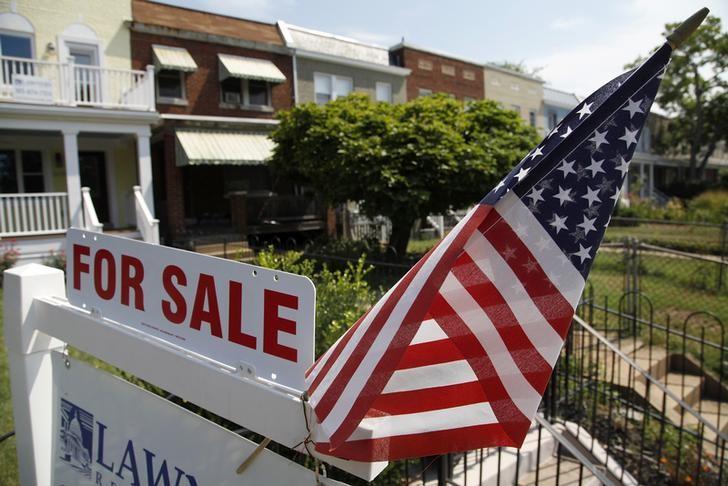 A U.S. flag decorates a for-sale sign at a home in the Capitol Hill neighborhood of Washington, August 21, 2012. REUTERS/Jonathan Ernst