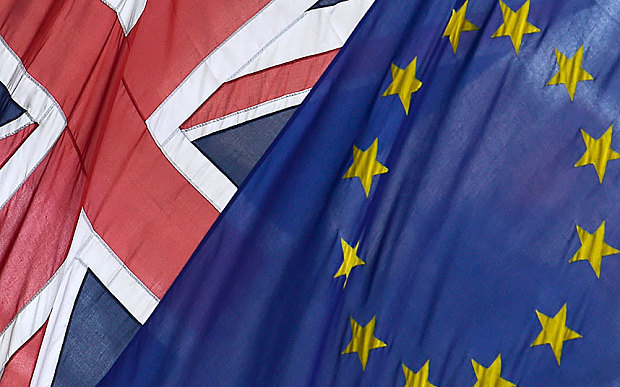 The Royal Institute of Chartered Surveyors said that after Britons voted to leave the European Union on June 23, its members reported weakening demand, a drop in the number of homes put up for sale, and a slowdown in price growth.

Anecdotal evidence suggests that pervading uncertainty after the referendum “was the primary driver of the slump,” the RICS report said.
The cooling off in the housing market is the latest evidence that the economy is headed for a slowdown in the wake of the Brexit vote. The referendum shocked financial markets and triggered political tumult in the U.K., denting household and business confidence. Economists fret that doubts over the U.K.’s future access to European markets will hurt spending and investment.

In a multipronged effort to cushion the economy, the Bank of England has loosened bank capital requirements to keep lending to households and businesses flowing and offered financial firms abundant cash to stave off any funding problems.
Governor Mark Carney has said the BOE is likely to cut interest rates this summer, possible as soon as Thursday.

The U.K. housing market had been cooling in the months leading up to the referendum, with buyers and sellers opting to hold off due to uncertainty.

The Brexit vote has only extended that uncertainty, with the terms of the U.K.’s exit from the EU still unclear.

The RICS data suggest “the dip in activity will persist over the coming months,” said Simon Rubinsohn, chief economist at RICS, which trains and accredits real estate surveyors.

Signaling weak housing demand, 36% more the RICS members who responded to the survey reported a drop in new buyer enquiries in June than reported a rise. This was the lowest since mid-2008.

The number of new homes listed also fell, with 45% more brokers reporting a drop, the steepest decline recorded by RICS.

U.K. house prices are still rising, but the pace of growth has slowed. Brokers surveyed after Brexit expected house prices to grow 14% over the next five years, down from the 22% price growth expected in May.

It is likely that the housing market would have slowed during the second quarter of the this year, even without the uncertainty surrounding Brexit, Mr. Rubinsohn said, pointing to a rush from landlords to buy homes ahead of a new tax that came into effect on April 1.

The change in so-called stamp duty raised the purchase price of rental homes by 3%, causing a surge of transactions in the first quarter it came into effect.

“Big events such as elections typically do unsettle markets so it is no surprise that the EU referendum has been associated with a downturn in activity,” Mr. Rubinsohn said.