According to Cushman & Wakefield, the U.S. has overtaken China to become the world’s largest real estate investment market.

With better relative economic growth, QE and low interest rates all continuing to encourage investors to spread their interest in property, U.S. real estate investment performance is set to improve further. The U.S. and Canada in fact are leading in some of the key trends changing all global cities, such as technology, sustainability and demographic change.

According to Cushman & Wakefield’s annual global capital markets report International Investment Atlas published today at MIPIM, most of the market is in rude health. The publication forecasts global investment volumes to rise by 11% in 2015 to US$1.34 trillion, led by Europe and the U.S.

Global real estate investment fell however in 2014 for the first time in five years, dropping 6.3% to US$1.21 trillion – but this decline in activity can be solely attributed to a drop in Chinese land purchasing.

The Americas saw strong investment market performance in 2014 with yields edging down to historic lows in many markets and volumes rising 11.4% to stand at 71% of their 2007 peak.

North America in particular is again leading the global market, with the region’s economy an increasing focus for global growth and its property market benefiting from high levels of domestic and international liquidity as well as a recovering occupational sector.

Market and economic conditions were tough for the Latin American market meanwhile, as weaker commodity prices, deleveraging and heightened uncertainty all impacted. As investors moved away from emerging markets, property demand in the region was hit, with activity falling 17%, thanks in particular to falls in the retail sector. Market-by-market trends were quite divergent however, with Brazil up but Mexico down, albeit on the back of an explosive performance in 2013. Trends in the region’s smaller markets were similarly divergent.

Looking into 2015, the Americas are expected to perform strongly, with a further rise in activity driven by the U.S., rising values from yield compression and, in the case of the U.S., rental growth as well. Latin America is forecast to see a modest gain in volumes as investors look further afield for opportunities but occupier performance in some markets will remain subdued. Volume growth of 15% is forecast for North America and 8% in Latin America. 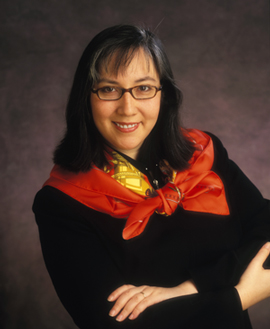 Janice Stanton, a senior managing director in Cushman & Wakefield’s U.S. capital markets group, said, “In the U.S., leasing markets were slower to respond to the Fed’s stimulus than investment and finance, but they too are now rising and with supply tightening, growth pressures and development opportunities are emerging in a range of cities and sectors. The initial investment rush for core product in gateway cities has now long since been followed by a second and third wave of capital looking to develop in these same top markets or to spread towards second-tier, decentralized or higher risk markets.”

High prices and a slowing economy weighed on the Canadian market in 2014, and conditions will again be mixed this year, but the low relative risk and long-term potential of the market should attract more foreign investment aided by a more competitive currency.

Brazil meanwhile clearly offers a lot of long-term potential but Mexico is perhaps the leading major emerging market currently, with a large concentration of younger workers, good education levels and one of the best live/work/play quotients in the region. Reforms are biting deeper and foreign investment is increasingly welcome while at the same time, the economy will benefit from growth in the U.S.