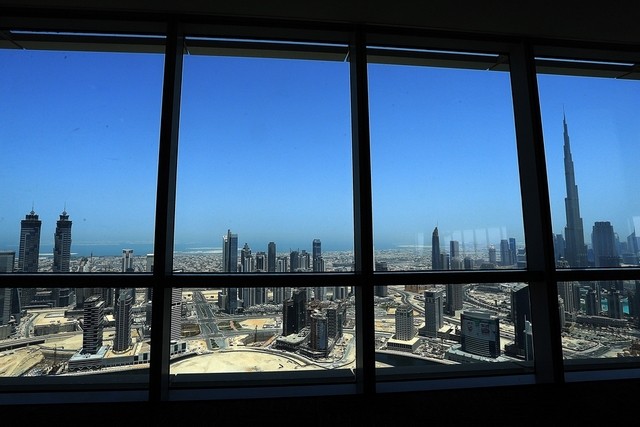 Dubai’s property market has shown more signs of a first quarter slowdown as new housing comes on stream at a time of slowing sentiment.

Average apartment prices fell 2 per cent compared with the previous quarter and villa prices fell 1 per cent during the first three months of the year, the property broker JLL reported as developers completed 730 new homes across the emirate.

“As Dubai’s residential market moves towards a period of correction, the next driving force is predicted to be end-users or middle-income earners, as opposed to speculative buyers.”

The figures, acquired from Reidin data, confirm a CBRE report last week which showed that average house prices in the city are falling for the first time since the 2008 global financial crisis wiped up to 60 per cent off property values.

At the same time average housing rents for both villas and apartments remained static during the first quarter of the year, compared with the previous quarter.

In January JLL predicted that average house prices and rents in Dubai would fall 10 per cent this year because of a lack of affordability in the market and the recent global oil price crash.

The ratings agency Standard & Poor’s, on the other hand, said they would fall 20 per cent because of increased supply and weakening investor sentiment triggered by the tumbling price of oil.

The broker added that another 22,000 new homes were expected to complete by the end of the year, although it added that the timings of some of these completions was likely to slip.

Some Dubai estate agents already report that they are asking sellers to drop their asking prices by as much as a fifth, pointing out to those based in the UK and Europe that they will make up some of the shortfall through favourable currency exchange rates.

At the same time Dubai’s hotels market also faced a slowdown as daily rates declined 5 per cent year-on-year to US$273 a night from $286 a night in 2014 as demand from Russian and European visitors fell because of weakening currency conversions.