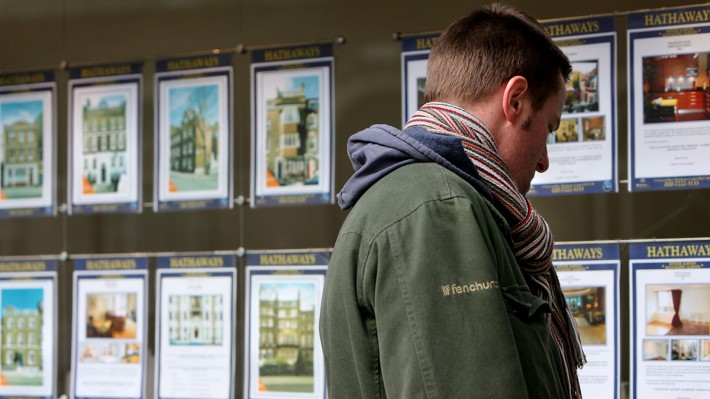 House prices may be becoming a little “saner”, in the words of the Financial Times’s FastFT blog, but they’re still rising faster than average earnings – which means its getting harder to gain a foothold on the housing ladder.

One of the main house price indicators published by Nationwide showed what City AM describes as a “surprise” dip in June, with prices falling by 0.2 per cent relative to May. Annual growth has fallen to a two-year low of 3.3 per cent.

But this remains significantly ahead of the annual increase in the average wage, which reached 2.7 per cent over the three months to April. And the average UK house is still worth more than £195,000, a high watermark breached for the first time in May.

Reuters notes prices in the vast majority of UK regions are continuing to rise, with Northern Ireland seeing the fastest growth over the past year of 8 per cent, followed by London at more than 7 per cent. Prices in Scotland fell by 1 per cent over the past 12 months.

The findings come in the wake of a new report from the Bank of England, which flags house price inflation as an ongoing concern, and singles out a boom in mortgage lending to private landlords as a threat to financial stability.

“Looser lending standards in the buy-to-let sector could contribute to general house price increases and a broader increase in household indebtedness. And in a downswing, investors selling buy-to-let properties into an illiquid market could amplify falls in house prices, potentially raising losses… for all mortgages,” it states.

According to figures published in The Times, unregulated buy-to-let lending has enjoyed huge growth since 2000, now accounting for around 15 per cent of all housing stock compared to just 1 per cent 15 years’ ago. Around £150bn has been extended to landlords and nearly one in five mortgages today is to the sector.