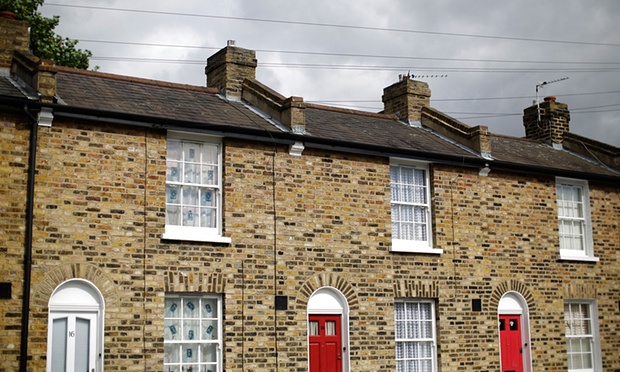 The society also estimated that homebuyers paid a combined £275m less in tax in the first six months of the year as a result of changes to stamp duty in December.

After a fall in June which took the annual rate of price inflation to a two-year low, July’s price rise pushed it back to 3.5% – a level that Nationwide’s chief economist said was close to the historic pace of earnings growth.

“After moderating over the past 12 months, there are tentative signs that annual house price growth may be stabilising close to the pace of earnings growth, which has historically been around 4%,” said Robert Gardner.

“This would bode well for a sustainable increase in housing market activity, though whether this will be maintained will depend on whether building activity can keep pace with increasing demand.”

The figures, which are based on mortgages approved by the society during the month, showed the annual rate of growth was around a third of the 10.6% recorded in July 2014, while the three-month rate of growth has fallen back from 2.4% to 0.9%.

July’s month-on-month rise follows an increase in activity after the election, with mortgage lending rebounding in June after falling over the winter months. However, the number of would-be sellers has reached a record low, meaning that in some areas there is fierce competition among buyers.

Gardener said: “It remains unclear whether activity on the supply side will catch up with demand.

“The number of new homes under construction has started to pick up, albeit from historically low levels, and further increases are required if a sustainable recovery in the housing market is to be maintained over the longer term.”

The society said changes to stamp duty introduced in December’s autumn statement meant that almost 235,000 homebuyers in England and Wales had paid less tax, saving an average of £1,800 each.

It added that the removal of the “slab system”, whereby the tax bill was a flat percentage of the price paid for a property, had reduced the “bunching” of prices around the thresholds for the different rates.

Gardner said the benefits had been greatest in the south, where prices were higher, with an estimated 85% of transactions in London, the south-west and south-east attracting less duty, compared with 55% in the north of the country.

However, at the top end of the market Nationwide said purchasers were paying significantly more.

Jonathan Hopper, managing director of the buying agents Garrington Property Finders, said house price growth had “clicked back into gear”. He added: “With no sign of a summer lull yet, surging levels of buyers and a limited number of sellers have combined to drive up prices in much of the market.”

However, he said the prime property market was still “reeling” from the rise in the top rate of stamp duty, which has significantly increased the effective rate of tax on homes costing £2m and more.

“The stamp duty hike was supposed to gently apply the brakes to stop the prime property market racing away. But in the event its effect has been more of an emergency stop,” he said.