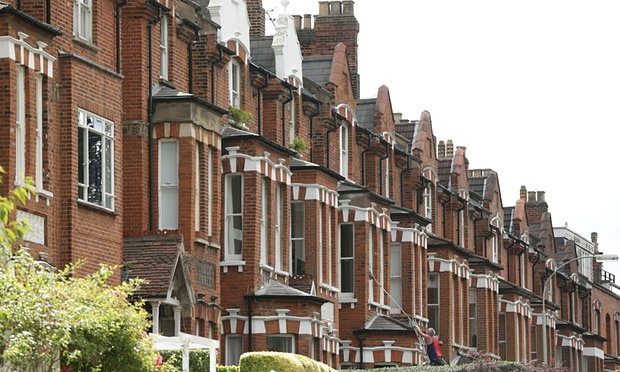 Asking prices for homes coming on to the market in England and Wales rose to a new record high in September, as sellers in the priciest areas tried to cash in on demand from buyers able to access credit cheaply.

Property website Rightmove said the average asking price of a home in the UK had increased by 0.9% over the month to hit £294,834. The average increase of £2,550 was the largest in September since 2002, and asking prices are now 6.4% higher than a year ago.
However, the site said the already “property rich” stood to gain most from increased confidence on the housing market, with the highest-priced counties seeing the biggest increases and the cost of family homes rising while first-time buyer properties fell.

Rightmove said asking prices in Cambridgeshire had risen by 3.7% in the past month alone, up by 11.6% year-on-year at an average of £261,345. Monthly asking price jumps of more than 3% were also recorded in Essex and West Sussex.

In Greater London, sellers putting homes up for sale asked an average of 2.2% more than those coming to market in August, at an average of £620,003.

In recent months, the Royal Institution of Chartered Surveyors (Rics) reported that the number of homeowners putting homes up for sale was at a record low, with Rightmove saying the supply shortage was driving up prices in the south-east of England.

It said the number of sellers was down by 7.1% in the south and by 4.9% in the north, but this was only translating to higher prices in the south.

Buyers who can access the cheap credit on offer are driving up the prices of properties typically bought by second-steppers, and those with three or more bedrooms, usually at the top of the property ladder. Meanwhile, first-time buyers are struggling.
UK house prices will end year 6% higher, say surveyors
Read more

Rightmove director Miles Shipside said: “High demand, lack of suitable supply, and increasingly stretched affordability are leading to some extremes in market forces in different sectors and parts of the country.

“One of the effects is that those who own property that is in most demand, either by type or location, are seeing their values continue to rise. Their properties are rich in features and benefits that others want to buy, and as a consequence they are getting proportionately richer than either owners of less desirable homes or those who are not on the housing ladder at all.”

The continued increase in headline house prices has taken most housing analysts by surprise, and economists at property firm Hamptons International have become the latest to revise up their forecasts for the year.

They said they now expected prices in England and Wales to grow by 5% in 2015, up from a prediction of 4% made at the end of last year. In Greater London, the growth forecast has quadrupled from 1.5% to 6%.

However, price growth is expected to ease in 2016, and the firm said it was likely to remain in single digits.

Fionnuala Earley, residential research director at Hamptons International, said: “Economic conditions are improving, but there are still constraints on affordability even though wages are beginning to rise. A lack of stock for sale will continue to support prices in the shorter term, but this should ease as we move into 2016.”