Britain’s housing market got off to a subdued start in 2018, with sellers of £1m-plus homes in London finding it toughest to find buyers in January, according to a survey of estate agents.

Across the UK as whole, the number of sales, new buyers, and properties coming onto the market all fell in January, the Royal Institution of Chartered Surveyors said.

New buyer inquiries fell for a 10th successive month and the number of properties coming on to estate agents’ books slipped back to the record-low levels seen around the middle of 2017, signalling there will be no imminent pick-up in activity.

“The latest Rics results point to housing transactions remaining pretty subdued over the coming months despite some more positive comments from contributors to the survey,” said Simon Rubinsohn, chief economist at the Rics. “Lack of inventory on agents’ books continues to provide a major challenge with the number of valuations being undertaken not suggestive of a pick-up in new supply anytime soon.”

House prices edged upwards at a national level according to the survey, but sellers of top-end homes in particular were struggling to achieve asking prices, the Rics said.

Of the estate agents surveyed, 67% said the sales price achieved on homes priced at £1m or more had come in below asking price. The figure dropped to 56% of agents for properties listed between £500,000 and £1m. 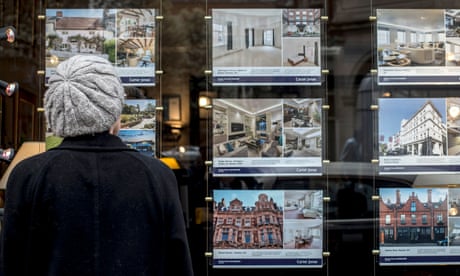 The biggest price falls continued to be in London, but they also dropped in the south-east, East Anglia and the north-east. On the flip side, the north-west of England, Northern Ireland and Wales posted the strongest price growth compared to the rest of the UK.

“Divergent regional trends remain very much to the fore with the market in many parts of the country still actually behaving in a solid if unspectacular way despite the downbeat headlines,” Rubinsohn said.

“Affordability issues continue to play a key role in explaining this pattern with those areas where house price earnings are most stretched seeing the softest markets.”

For the UK overall, agents are expecting house prices to be roughly flat in the coming three months.

The Rics report was published a day after Halifax reported house prices falling for a second consecutive month in January, as consumers struggling with shrinking disposable income put major spending decisions on hold. 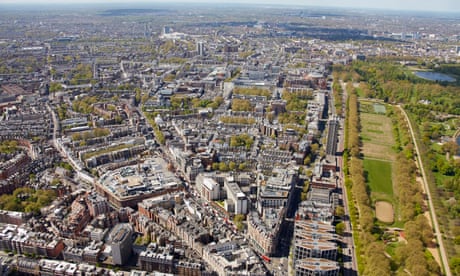 The average price of a home in Britain fell 0.6% last month to £223,285, according to the mortgage lender’s own data. It followed a 0.8% drop in prices in December, and drove down annual house price growth to 2.2%, the slowest rate in six months.

Halifax’s Russell Galley said house prices fell despite a backdrop of rising employment in Britain and the government’s decision to scrap stamp duty for first time buyers on homes selling for up to £300,000.

“Although employment levels grew by 102,000 in the three months to November, household finances are still under pressure as consumer prices continue to grow faster than wages,” Galley said.

Last week another leading mortgage lender, Nationwide, reported month-on-month house price growth of 0.6% in January, saying that the lack of new properties coming on the market was supporting the trend.