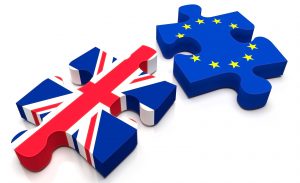 Property experts have suggested that Britain’s shock decision to leave the EU in Thursday’s referendum could actually be good for the UK property market – at least in the short term.

Many estate agents think that the falling pound will result in a huge influx of foreign investors who are keen to take advantage of greater buying power.

Finally having an answer on a Brexit vote could also lessen the general uncertainty, which has already stagnated the high-end property market.

Chris Nelson, founding partner of Egg Homes, claimed that although he would have preferred a vote to remain in the EU, things could be even better in a few years:

He said: “Perhaps long-term, once new trade deals and agreements are put in place with individual European countries, which could take years, things should go back to normal and we could even be in a stronger position.”

London Central Portfolio was even more positive, saying that (emphasis ours) “prime central London real estate is expected to benefit from a flight to quality and the security of blue-chip tangible assets, against a background of highly volatile financial markets. It is now likely that property prices in Prime Central London will increase.”

Like many others, housing experts admit they have little idea what the long-term implications of a Brexit will be. But many seem to be optimistic the property market will stabilise once Britain’s place outside of the EU is more clear.

Knight Frank says: “In the short to medium-term, the fundamental demand and supply dynamics in the market are unlikely to change, with a continued structural under-supply of homes across the country, underpinning pricing in some of the most desirable and best-connected areas.”

Boris Johnson, one of the leaders of the Leave campaign, is tipped to become the new UK Prime Minister following the EU referendum vote. Pool / Pool

It adds that a Brexit may even be largely irrelevant to long-term UK housing prices as investors don’t have many other choices (emphasis ours):

“Demand for prime London property rests on a wide range of drivers – most of which are unaffected by the referendum decision: the scale of London’s business cluster, depth of skills, education, lifestyle and language. It is not easy to identify an obvious alternative destination for investors despite short-term nervousness.”

There was, however, an expectation by Karl Zeller of BEWOCON that many investors may now be more tempted by German property acquisitions over the UK houses:

“From our standpoint, we expect to see an increased demand from overseas investors in Berlin property, who will be looking to avoid the UK during what will be a very uncertain period and invest in a secure and stable market elsewhere. With Germany currently the fourth largest economy in the world and the Berlin market offering strong returns, as well as a growing number of high-end developments in the pipeline, we could see a huge shift in power from the UK property market to Germany.”

But one area that could be a real worry is UK commercial property.

According to Knight Frank, “uncertainty for business firmly remains” and the sector will be stifled. JPMorgan has already threatened to move workers from the UK if a Brexit went ahead. Knight Frank says that the only ray of light is that the Remain arguments about economic turmoil are exaggerated in the long term and that businesses have a great ability to adapt, which they could well do in a UK out of the EU.

The housing experts’ generally upbeat mood is in stark contrast to their sentiments before the Thursday’s vote, in which Galliard Homes and Peter Wetherell said that a Brexit would result in a faltering property sector and “two-speed” housing market in which foreign investors race ahead of Brits thanks to the volatile exchange rates – something that could still happen.

Research House Bernstein was even more grave, saying two weeks ago that a Brexit would kill property prices and bring the banking sector down with it. While it is too soon to comment on the former, the latter has already been hit hard by the vote, with some banking stocks crashing by as much 30% this morning.