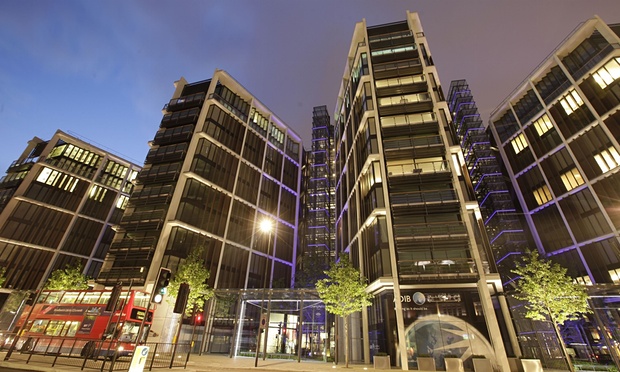 The number of property millionaires in Britain has more than doubled over the past three years and broken through the 500,000 mark for the first time, it is claimed.

There are now 13 streets where the average house price is more than £10m – all of them in London – and almost 11,000 across the UK where homes are typically worth more than £1m.

Despite a slowdown in activity in the property market and small price drops in some of the country’s most expensive neighbourhoods, the past year has seen the cost of homes continue to surge in many areas. Recent Land Registry figures showed that in 24 out of 33 London boroughs, annual price growth was still in double figures, and a shortage of homes coming onto the market has propped up prices even when demand has fallen.

The rich list figures, which are based on the asking prices for homes listed on the site and previous sold prices for each property and other similar houses which have changed hands nearby, show on 10,958 streets, the average house price is now above £1m. Of these, 43% are found in London.

However, concerns over possible taxes on £2m-plus properties in the runup to the general election, together with changes to stamp duty rules which increased the cost at the top end of the market, seem to have taken a toll on the prices boasted by the country’s richest streets. Kensington Palace Gardens – home to the billionaires Roman Abramovich and Lakshmi Mittal, plus the Foxtons estate agency founder, Jon Hunt – remained the most expensive place to live, with an average price of £42.6m, down 0.45% on 2014’s figure.

In the Boltons, another highly-prized address in Kensington and Chelsea where a nine-bedroom detached house sold for £51m in April, Zoopla said values had dropped 4.46% over the year to an average of £30.3m. On the third-placed Grosvenor Crescent, in Belgravia, a short walk from Buckingham Palace, values had fallen 4.12% to an average of £22.8m.

Lawrence Hall of Zoopla said: “While property prices on some of London’s most prestigious roads are still beyond the realms of comprehension for most of us, several of the most desirable streets have seen average values decrease over the past 12 months. This is most likely due to uncertainty in relation to the mansion tax that was mooted by Labour in the runup to the election, which caused temporary stagnation at the top end of the market.”

In the south-east outside London, Zoopla found 3,697 streets of million-pound homes. On six streets in Surrey, the average price was found to be more than £5m, with Sunninghill Road in Windlesham, near Ascot, topping the list at £5.4m.

In the north of England, several streets in Greater Manchester have average values above £2m, with Broadway in Hale, Altrincham, coming in at £2.6m. In Scotland, the most expensive street is Whitehouse Terrace, where the average value of homes has broken through the £2m mark.

The list of most expensive towns is headed by Virginia Water, Surrey, where the average price rose 1.8% to £1.2m. In Cobham, also in Surrey, a 6% year-on-year increase in property values put prices through the £1m barrier for the first time. Cobham is a favourite among Chelsea footballers as it is the location of the club’s training complex.

Ed Mead, executive director of estate agents Douglas & Gordon, said Southfields in south London was an example of an area where prices had gone through the £1m barrier over the past year. Three-bedroom homes in the neighbourhood, which is close to the Wimbledon tennis tournament, now change hands for at least that sum. “It’s been amazing, with average prices going from £650,000 for such a property to around £1.05m over the last three years,” he said.

“It clearly signals the search for ‘value’ currently being undertaken by families looking for relief from the recent acute gains seen in both prime central London and the areas immediately surrounding it.”

The report is likely to further bolster the attractions of property as an investment. Recent research by the Office for National Statistics found that 42% people thought that investing in bricks and mortar was most likely to “make the most of your money” of all types of asset.