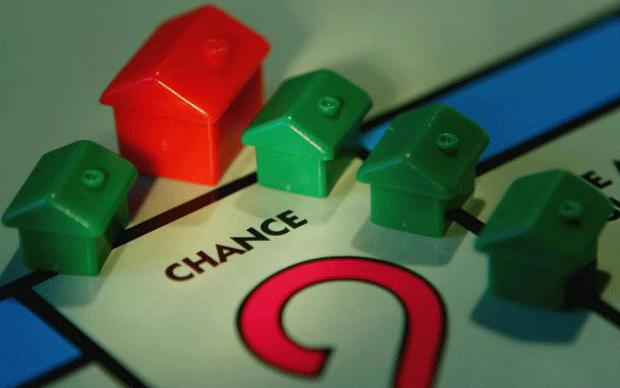 Analysts said stronger population growth and higher employment combined with a shortage of housing would drive house prices above £1m by 2030, which is double the current average of £490,000

The average London home will cost more than £1m by 2030, according to new analysis, as strong jobs growth and a chronic housing shortage continues to push up prices.

Rapid growth and strong investment is expected to drive up London’s population much faster than official projections suggest, according to Oxford Economics.

The total number of people living in the capital is projected to rise to 11m by the middle of the next decade, from around 8.5m today.

Forecasts published by the Mayor of London’s office suggest that the capital’s population will rise by 1.4m by 2036 to 10m. However, analysts at Oxford Economics have highlighted that this projection relies on jobs forecasts that do not take into account the rapid increase in employment over the past two years.

Strong growth in London is expected to push up the population in London much faster than official estimates in the “Further Alterations to the London Plan” (FALP) published by the Greater London Authority (Source: Oxford Economics).

Analysts said stronger population growth and higher employment combined with a shortage of housing would drive house prices above £1m by 2030, which is double the current average of £490,000, according to the Office for National Statistics (ONS).

Oxford Economics said the figure was likely to be even higher if house price rises continued to outpace earnings growth.

“Even if earnings grow only slightly faster in London than nationally, and even if higher interest rates, tighter credit and more cautious borrowing behaviour all mean that London house prices keep pace with earnings rather than racing ahead, average house prices in London are likely to breach the £1 million barrier before 2030,” analysts said.

House prices in the capital are on course to rise above £1m by 2030 (Source: Oxford Economics).

Richard Holt, head of global cities research at Oxford Economics, said these factors could leave home ownership out of reach for a generation of Britons, with average house prices outside the capital also projected to rise above £500,000 by the end of the next decade, from £268,000 today.

“If everybody’s pay rises at the same rate, that may not be too much of a problem. But if pay at the top end rises much faster than for people on low wages, then the affordability challenge will just get worse”, he said.

Oxford Economics said if the rapid rise in population growth coincided with “an increasing divergence between those with high and low incomes, then it will mean affordability problems for people on low incomes. Of course a lot will depend on the rate of house building.”

Growth in London is expected to continue to outpace European rivals including Paris and Frankfurt, with investments in infrastructure from the private and public sector expected to boost growth “for many years to come”.

Employment in London is expected to grow slightly faster than official projections suggests. The Mayor’s office has also failed to take into account the most recent jobs boom, according to Oxford Economics (Source: Oxford Economics)

“We expect that at some point in the next year the Mayor’s advisers will revise upwards their forecasts for London’s population and employment. Getting these numbers right is vital if London is to have the schools, the transport infrastructure and the housing that it needs, to support its growth,” said Mr Holt.

Stronger growth in London is expected to keep the capital ahead of other European cities such as Frankfurt and Paris in terms of employment growth (Source: Oxford Economics)