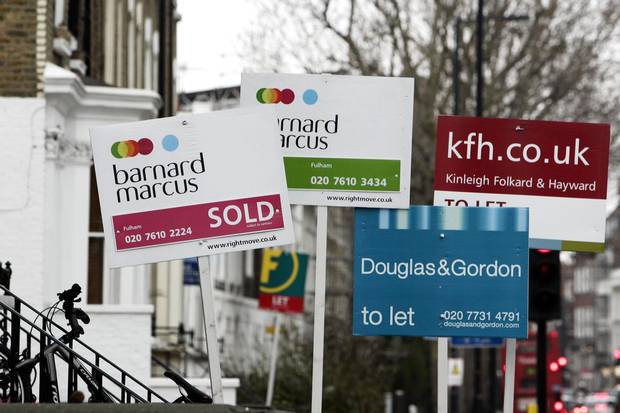 House prices in the UK unexpectedly surged in June with a shortage of homes on the market driving the pace of increases to the fastest level in nine months.

The Royal Institute of Chartered Surveyors reported that the average stock of houses per surveyor had fallen to the lowest level since it started collecting this data in 1978.

High quality global journalism requires investment. Please share this article with others using the link below, do not cut & paste the article. See our Ts&Cs and Copyright Policy for more detail. Email ftsales.support@ft.com to buy additional rights. http://www.ft.com/cms/s/0/bbe675ae-2555-11e5-bd83-71cb60e8f08c.html#ixzz3fkJcoUw6

Simon Rubinsohn, chief economist at RICS, said that hopes the removal of political uncertainty after the general election would push more properties on to the market were not being realised. He added that the flat level of appraisals reported by members “suggests this is not about to change anytime soon.

“As a result, it is hardly surprising that prices across much of the country are continuing to be squeezed higher with property set to become ever more unaffordable.”

Prices rose 3.3 per cent in the three months to June, compared with the preceding three months, according to separate data from Halifax on Wednesday.

This took the underlying pace of price increases to 9.6 per cent from 8.6 per cent in May — the highest rate since September 2014.

But these signs of an accelerating market stand in sharp contrast with the Nationwide index, which last week said the increases were at a two-year low.

Both indices are based on the companies’ own mortgage books. This means they offer more timely but less complete data than official statistics. Despite the mixed picture on current movements, both are showing prices, in nominal terms, back above their pre-recession peak.

Data provider LSL/Acadata estimates that average house prices hit a new record of £278,849 in June, meaning properties are in cash terms £10,980 higher than a year ago. This is the fifth new peak for house prices this year.

But London, traditionally the driver of increases, now ranks only seventh out of ten regions in percentage terms for annual price rises.

Jonathan Hopper, managing director of search firm Garrington Property Finders, said that for all but the most expensive properties, he was seeing prices march upwards.

“Rumours of an early start to the summer lull are greatly exaggerated,” he said. He warned that in many parts of the country, sellers’ expectations were beginning to outstrip what buyers were prepared to pay.

Prices at the top end of the London market fell in the second quarter of 2015 for the first time since 2009, according to exclusive research for the Financial Times by data provider LonRes published last week.

Stamp duty reforms in last year’s Autumn Statement have made it far more expensive to buy property at the top end of the market, by lowering transaction costs further down the chain.