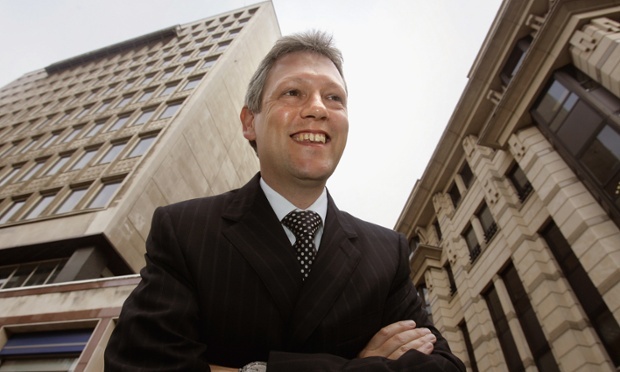 Nationwide, Britain’s largest building society and its second biggest provider of mortgages, expects the UK’s housing market to be stronger this year as long as concerns over an exit from the European Union don’t impact sentiment.

Announcing the building society’s annual results, Graham Beale, its chief executive, said: “This is one of the strongest sets of results we have ever announced, demonstrating that, yet again, it is possible to build a successful business by doing the right thing.

“We have reached a level of profitability that will allow us to continue to invest in our business to improve our members’ experience and also to strengthen our balance sheet. This makes Nationwide one of the safest places on the high street for our members’ money.”

The society said it had opened 469,000 new current accounts during the year, a 9% increase on the previous 12 months. Balances in its Loyalty Saver accounts, where interest is tiered so that long-term customers earn more, increased by £3.6bn to £20.7bn.

Mortgage balances grew by £7.2bn, of which £5.2bn was prime lending and £2bn was in buy-to-let loans.

It said lending at over 4.5 times an applicant’s income accounted for 4% of new loans in the second half of the year, comfortably inside the 15% limit introduced by the Bank of England in October.

In an interview with Reuters, Beale said a number of factors, including the Labour party’s threat to introduce a tax on higher-value properties, and the Scottish independence vote had led to a “choppy market” in 2014.

“I think the market will be stronger this year. We had all sorts of competing tensions last year,” he said.

“Provided that borrowers don’t start to get concerned about the EU referendum, generally it’s a more stable environment. I think the mortgage market always performs well when you’ve got those market conditions,” he added.

Nationwide said on Friday that Beale would retire in summer 2016 and Beale told Reuters that both internal and external candidates would be considered to succeed him.

“We start off with some very good internal candidates but the board will also look outside,” he said.