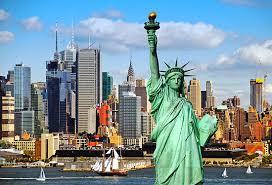 Home flipping – buying and reselling a home to make a quick buck – has risen in some hot U.S. housing markets, prompting concerns that local housing bubbles could be developing, according to a report published on Thursday.

The report by RealtyTrac found that home flipping in 12 active metropolitan areas last year was above a peak set in 2005, just two years before the U.S. mortgage market started to collapse, leading to a banking crisis and the Great Recession.

Profits generated by home flipping also hit a 10-year high, with home flippers netting an average $55,000 per sale before renovation and transaction costs. Profits topped $100,000 in expensive markets such as New York and Los Angeles.

“When home flipping numbers go up, it is usually an indication that the housing market is in trouble,” said Matthew Gardner, chief economist at Windermere Real Estate, who was quoted in the report.

“These sales artificially inflate home prices, making housing even less affordable for buyers and increasing the risk of a bubble,” said Gardener.

Nearly 20 percent more homes were flipped than in 2005 in Pittsburgh and Memphis. Home flipping was above 2005 levels in Buffalo, New York; Birmingham, Alabama; Cleveland, and San Diego. Seattle and San Diego, however, saw a decrease from 2014 levels.