The housing market could be in for a bumpy ride as mortgage rates climb.

Home buyers and sellers heading into the busy summer season have been eyeing mortgage rates wondering how long the good times can last.

The national housing market has been gaining strength in recent years as prices rose rapidly in many areas. In the first quarter, 51 metro areas posted double-digit percentage price gains, according to the National Association of Realtors. But economists say that momentum may not outlast higher rates, depending a lot on location.

For five years, mortgage rates have hovered around 50-year lows, a situation most economists believe will start to reverse if the Federal Reserve begins to raise interest rates later this year. Rates on 30-year conventional mortgages averaged 4% for the week ended Thursday, according to mortgage giant Freddie Mac. Until a few weeks ago, mortgage rates had been below 4% since November.

The Fed doesn’t have direct control over mortgage rates or any other long-term rates, which fluctuate based on perceptions about the economy and inflation. But when the central bank raises short-term rates, other rates move accordingly over time. Mortgage rates typically track yields on 10-year Treasury notes. 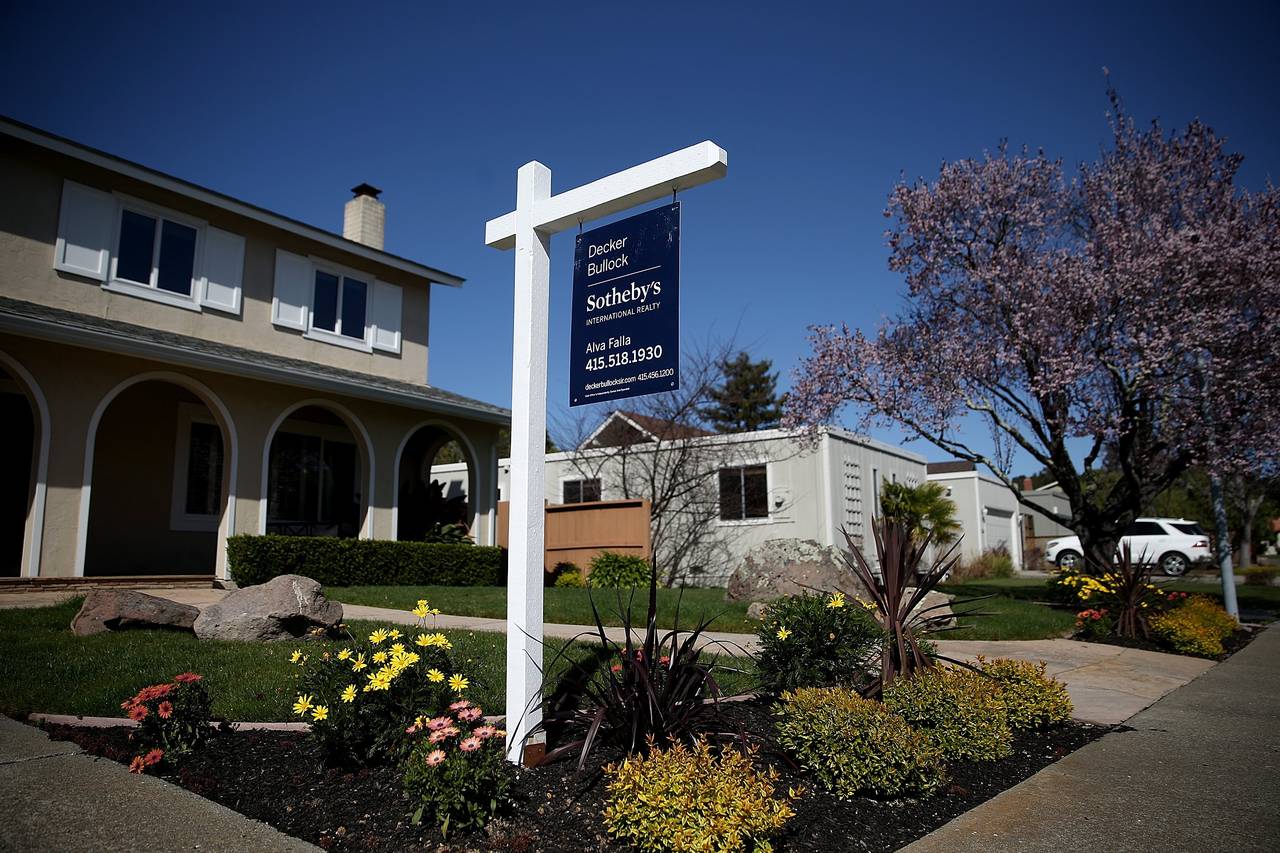 While modest increases in interest rates are certain to knock some buyers out of the market, many economists believe most home buyers will hang in—at least for the near term. The reason: The monthly cost of an average-size home remains relatively affordable when compared with average incomes. Apartment rents also have risen sharply in recent years.

But higher rates could spell trouble for pricier West Coast cities, such as San Francisco, Los Angeles and San Diego, where home prices are already out of reach of many residents and would only be made worse if mortgage rates rise.

Similarly, in San Francisco, a typical household would go from spending 43% of its income with mortgage rates at 4%, to spending 48% with rates a percentage point higher.

By contrast, in a cheaper market such as Chicago, a typical household must spend 14% of its income on mortgage payments with rates at 4%, according to Zillow. That would climb to just 17% with rates at 6%.

The rule of thumb is that no more than 30% of a household’s income should go to housing costs.

The result for these overpriced markets will be less of a pop and more of a fizzle. Economists expect that prices in those places will mostly likely flatten out or decline slightly, which may help keep the markets from overheating. “It’s almost like someone pouring cold water on some of these hot markets to cool them down,” said Svenja Gudell, Zillow’s senior director of economic research.

At current mortgage rates, homes in all top 30 metro areas are either undervalued or fairly valued at current prices, according to John Burns, chief executive of John Burns Real Estate Consulting Inc. Mr. Burns defines fairly valued as in line with historical norms for mortgage payments compared with incomes. If rates rise to 6%, homes in more than half of those markets, including Los Angeles, San Francisco, Miami and Denver, would be overvalued.

“I’m worried about it,” said Glenn Kelman, chief executive of Redfin, a real-estate brokerage. “The rates have been so low for so long that trying to persuade anyone that 4% or 4.5% is still a bargain may not be easy to do.”

Still, high rents make it less likely potential buyers will be scared off. Even at higher mortgage rates, families in most cities will be better off buying instead of renting. At mortgage rates of 5%, typical home buyers would need to spend 17% of their income to afford the median-priced home, while right now they need to spend 30% to rent a typical apartment, according to Zillow.

Since the 1970s, higher mortgage rates have often correlated with boom times for housing because they tend to reflect the fact that the overall economy is doing well, according to David Berson, chief economist at Nationwide Insurance. Of course, that’s true only up to a point. In 1981, when mortgage rates sailed past 17%, it “killed the housing market,” Mr. Berson said.

More recently, mortgage rates surged in June 2013 as investors anticipated that the Federal Reserve would pull back from its bond-buying program. That “taper tantrum” sent rates from around 3.6% in May 2013 to around 4.5% that July. The pace of sales of previously owned homes declined 8% from July to December 2013, according to the National Association of Realtors.

This time, economists said the economy overall is in better shape to handle increases. But that may not be true everywhere, and homeowners in California should brace for a gradual end to the boom times.