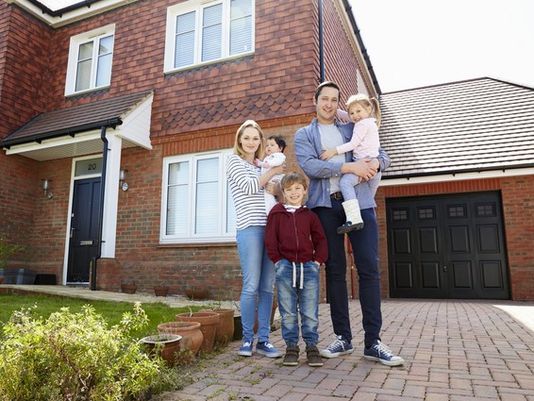 Home buyers are busting budgets — and in some cases selling things they love — to snag their dream houses.

A third of home buyers blew through the upper limit of what they planned to spend, topping that cap by an average $16,510, according to a Owners.com survey of 1,214 Americans who purchased a house within the last four years. The survey was conducted Jan. 31 to Feb. 8.

“Clearly, we’re in an environment of rising prices,” especially for starter homes, says Daniel Maloney, national head of sales for Owners.com, a real estate brokerage. Many houses on the market are drawing multiple offers, forcing buyers to bid up.

In January, home prices nationally were up an average 6.2% from a year earlier, according to the S&P CoreLogic Case-Shiller home price index. Prices have risen nearly 50% from their 2012 bottom. Supply shortages, combined with a healthy job market that’s fueling demand, are blamed for the recent price run-up.

Many house hunters who set a price range think little of going beyond it to be closer to work or in a desired neighborhood, says Dario Cardile, vice president of growth marketing at Owners.com.

Millennials are most likely to splurge, with 40% going over budget and by $24,545 on average. Thirty-four percent of Gen Xers raced past their limits, by $13,096 on average. And 19% of Baby Boomers topped their spending parameters, by an average $8,024.

Millennials are most likely to go over budget and by a larger amount because they’re first-time home buyers and the least knowledgeable about setting a realistic price target and meeting it, Maloney says. Gen Xers had Boomers are progressively savvier.

Also, supply shortages and sharp price increases are most acute among the starter homes Millennials favor, Maloney says. And, he says, young adults may feel more urgency to buy a house because they’re living with parents or renting. Members of the other age groups, many of whom already own homes, can simply stay in them until they find something close to their price range.

Since MacDonald wanted to make a 20% down payment to avoid the cost of mortgage insurance, the higher price tag forced her mother to chip in half of the $60,000 down payment instead of the $10,000 to $20,000 she originally planned.

MacDonald is also paying $1,600 a month in mortgage and other costs, about $400 more than she intended. To make it work, the lifelong equestrian had to sell her horse to shed roughly $700 in monthly stable fees and has given up her annual vacation to the Caribbean.

“It was tough,” she said of the horse sale. And, “It is a little disappointing to not go away as much.”

But noting that her monthly house payment is now an investment in her future, she says, “I can do without a vacation if it means I’m actually a homeowner.”